There’s been a lot of news about ask.com today, with the announcement and launch of a new interface for the search engine. Some overviews of the new look, and reborn search engine:

Makes you wonder what else might have changed, or will change at ask. Here’s one future possibility:

END_OF_DOCUMENT_TOKEN_TO_BE_REPLACED 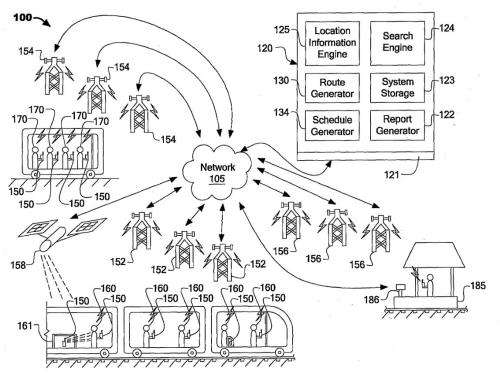 The Patent behind Google Transit

If you’ve ever taken the Caltrain from San Francisco to San Jose, you’ve had a chance to see the corridor where many of today’s top internet-related companies call their home, including Google and Yahoo.

A patent application from Google seems inspired by that ride, finding a way to understand transportation routes through the smartphones and handheld devices of commuters taking trains, buses, and planes, telling us more about how Google Transit works.

If you find yourself hurrying to catch a train, you could use the system described in this patent filing to check and see if the train is running on time, or if it may be late, not because the commuting service is providing updates, but rather from information aggregated from the cell phone connections of the people onboard.

In the Google Labs, Google Transit provides some information about public transportation, with the most extensive coverage of transportation information available in Japan, covering all regional and national rail networks, domestic airlines and ferries. But the system described in this patent document goes far beyond making published schedules, routes, and stopping points available to people traveling.

END_OF_DOCUMENT_TOKEN_TO_BE_REPLACED

Usually when you hear the word “fraud” associated with online advertising through something like Google’s adwords, the topic being discussed revolves around click fraud, where invalid clicks are made on ads and advertisers are being charged by the click.

But what about people who use online ads to commit fraud upon unsuspecting consumers, or advertisers who sign up for multiple accounts to try to grab more than one advertising space on search results page for particular queries? (see Google’s Policy on Double serving of ads on the same page.)