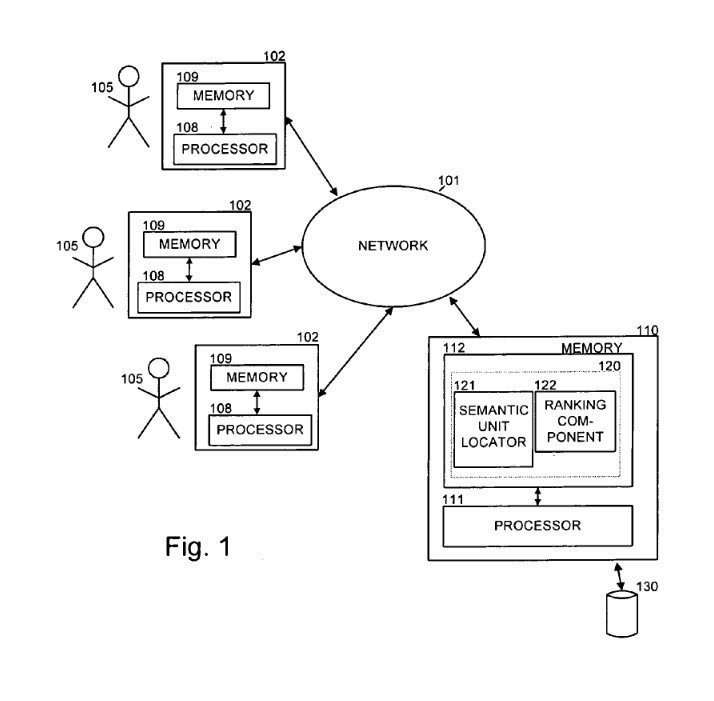 When searchers type a query into a search engine, it isn’t uncommon for them to use more than one word. It also isn’t unusual for those words to be a semantically meaningful phrase rather than just a list of keywords.

Multiple search terms entered by a user are often more useful if considered by the search engine as a single compound unit. Assume that a user enters the search terms “Baldur’s gate download.”

The user intends for this query to return web pages that are relevant to the user’s intention of downloading the computer game called “Baldur’s gate.” Although “Baldur’s gate” includes two words, the two words together form a single semantically meaningful unit. The same is true with a phrase such as “New York,” which is two words that go together as a semantic unit.

A Google patent, originally filed in the year 2000, was granted this week on a method that enables a search engine to understand when more than one word is used together in a single semantically meaningful manner.

This isn’t the only patent filing from Google that looks at the meanings of compounds of words, with a series of patent applications on phrase based indexing, and an Infoseek patent that’s been assigned to Google on Real-time document collection search engine with phrase indexing.

Is this something that Google has implemented? It’s a possibility.

Paying attention to these types of meaningful compounds might be used in reranking search results so that pages which contain a compound are considered more relevant than documents that contain the individual words but not the compound.

Compounds in queries could be identified based upon a matching of a list of previously identified compounds and upon statistics that describe the relative frequency of occurrence of the compounds.

The first approach involves extracting compounds from the web and looking for word sequences that occur with a statistically significant frequency. The problem with this method is that it would likely generate a much larger list of compounds than people would ever use to search within queries, and only a small fraction of identified compounds would ever be used.

The second approach involves extracting compounds from query logs. That may pose some problems in how people search. An example used in the patent:

A disadvantage associated with finding compounds in query logs using statistical techniques is that word sequences occurring in query logs may not correspond to compounds in the documents. This is because queries, especially on the web, tend to be abbreviated forms of natural language sequences. For example, the words “mp3” and “download” may occur together often in query logs but “mp3 download” may not occur as a compound in a document.

Another issue, and where the word “semantic” comes into play in this document, is that the meaning of the query is important:

A disadvantage of both corpus and query log-based techniques, and indeed of any technique relying purely on previously detected compounds and on statistics to segment a query, is that they tend to ignore the meaning of the query. Such techniques may identify a compound that is not consistent with the meaning of the query, which can negatively impact applications that rely on the compound as being a semantic unit within the query.

For example, the queries “country western mp3” and “leaving the old country-western migration” both have the words “country” and “western” next to each other. Only for the first query, however, is “country-western” a representative compound. Segmenting such queries correctly requires some understanding of the meaning of the query. In the second query, the compound “western migration” is more appropriate, although it occurs less frequently in general.

How are meaningful compounds identified based on the overall context of a user query?

2) The list of relevant documents for those searches is refined based on the selected semantic units.

3) Semantic units might be chosen from a predetermined number of the most relevant documents in the list returned by the ranking component.

In other words, a search is performed by first identifying documents related to the individual terms in the query. Meaningful Compounds are then selected using a methodology based on the rate of occurrence of the compound within the identified documents. Results are reranked based upon the use of those compounds.