A new patent filing from Apple may be a sign of changes to the way Apple presents music recommendations at the iTunes store. That change was hinted at last December when Apple acquired the streaming music site, Lala.

The patent application lists Ryan Dixon, Digital Album Content Manager at iTunes, as the inventor, and provides a description of how such a recommendation system might work, along with the possibility of advertising in the streamed content. The patent filing is:

END_OF_DOCUMENT_TOKEN_TO_BE_REPLACED 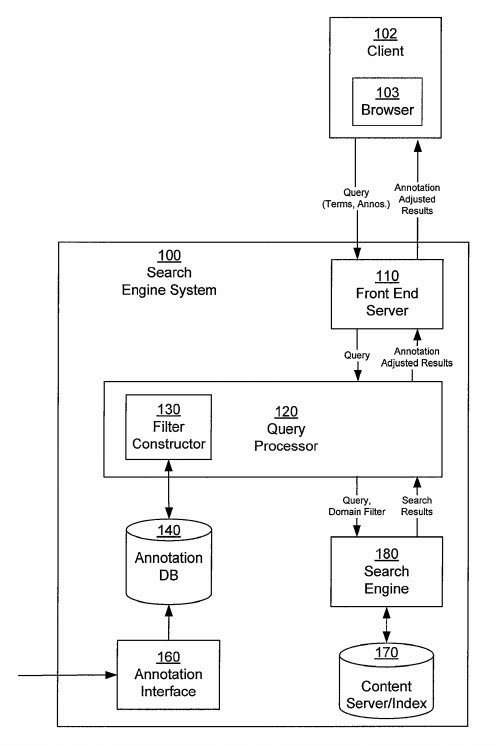 One of the words that often appears when someone describes how search engines work is relevance. A search engine attempts to show searchers web pages and other results that might be relevant to the words that they used when they perform a search. Yet, there are a number of different ways that you can define relevance.

For instance, Rutger’s professor Tefko Saracevic, who has been studying the concept of relevance for years, explores different thoughts and literature on the topic to describe a number of ways to define relevance in a 2006 paper on Relevance: A Review of the Literature and a Framework for Thinking on the Notion in Information Science. Part II: Nature and Manifestations of Relevance*.

Relevance could be considered a way of finding documents that contain words someone might search for, or documents that are related to concepts involved in those query terms. Relevance could be determined by looking at a relationship between a searcher and the search terms they use while considering their past browsing and searching history, and possibly the searches of people who might socially be related to them, or who share some common interests with them.

Relevance could also be determined by a problem or task that a searcher is faced with when performing a search.

END_OF_DOCUMENT_TOKEN_TO_BE_REPLACED

Charles Knight, who is now the Search Editor at Nextweb pointed me to a Bloomberg report at BusinessWeek, Google, Yahoo Sued by Xerox Over Search Query Patents.

The article provided descriptions of the Xerox patents in question, but didn’t identify the patents themselves. While I was able to find one of the two patents from a search at the patent office, the other patent eluded me. I registered with, and signed on to the Federal Government’s PACER (Public Access to Court Electronic Records) system to look at the complaint and find the other patent.

Xerox filed the case in federal court in Wilmington, Delaware on February 19th, and asks the Court for cash damages and an order that would keep Google, Yahoo, and YouTube from continuing to “use” the technology described under the patents in question, without permission.

END_OF_DOCUMENT_TOKEN_TO_BE_REPLACED

Sometimes you just really need to know how to get to City Hall, or to the Courthouse steps.

In many instances, a local government web site can provide a doorway into the history of a community, access to building codes and zoning laws, address and contact data for City Hall and other agencies, and other information that governs our lives. Being able to find that information can be very important.

END_OF_DOCUMENT_TOKEN_TO_BE_REPLACED

When you perform a search at a search engine, you usually see a list of links to web pages in response to your search.

Over the past few years, search engine have started showing a mix of other types of results, including images, links to related news stories or blog posts, videos, book and music search results, listings of reviews, maps and business location information, related search queries and query suggestions, stock charts, weather forecasts, and other non-web page listings.

This richer mixture of choices presented by search engines in response to searchers’ queries provides an often colorful and often useful set of options to someone searching for information or to fulfill some kind of task.

The query suggestions and refinements that searchers are offered are intended to help searchers with suggestions of other searches that might yield them more information. The mix of non-web page results are often referred to by search engines as blended or universal search results.