Google is becoming more social on a number of levels, but really doesn’t have a central hub where those social interactions can all be seen at once. That may change in the future, and a new patent application from Google shows an example interface that such a system might use. I couldn’t help but be reminded of Twitter seeing this screenshot from the patent filing: 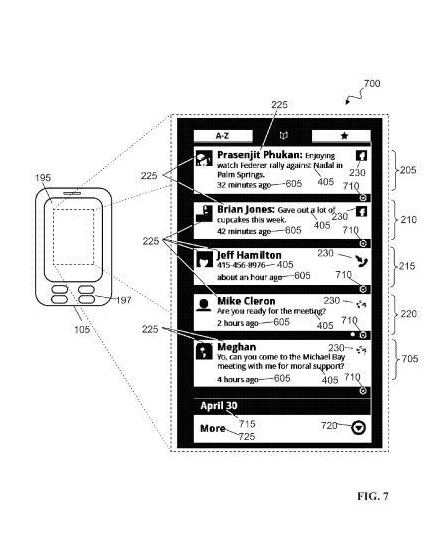 Another look shows icons that indicate a wider range of status updates and snippets and notifications that might be available: 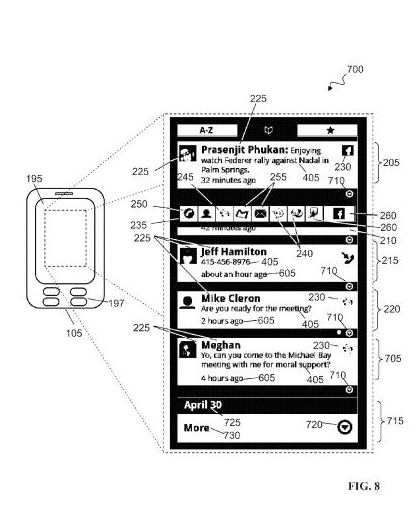 Google already has worked social features into many of their offerings. Some of the pieces of Google’s somewhat distributed social network include:

The Google patent filing describes a hub and corresponding user interface for social interaction, and possibly may include an availability indicator that would show whether other parties are available for interaction. The patent filing is:

Hubs for social interaction via electronic devices are described.

The counterparty identifier, the mode indicium, and the collection of mode indicia are associated with one another in the records of the social interaction hub.

There’s been a lot of talk from Google in the past few months about becoming more social, though as can be seen from my list above, Google does have a lot of social elements already available.

Chances are that we may see some kind of social hub come from the search engine in the future that may help centralize many of their social features.

It’s possible that it may take on an appearance like the one shown in this patent filing, but we won’t know for certain until Google’s ready to bring their social pieces together in one place as one Google social network.

The patent filing’s description and screenshots don’t seem to integrate as many of Google’s present social features together as I might like to see, based upon what Google already offers, including things like personalized My Maps.

What do you think might end up in a Google social hub?