There’s some evidence that the Panda updates to Google’s ranking algorithm may be based upon a decision tree approach to classifying and creating quality scores for web pages and sites. Curious as to whether Google might be using a decision tree approach to classify other information, I went digging through some of Google’s other patent filings that I might not covered here in the past.

I found one that may have interesting implications regarding how queries are classified and different data that may be stored and emphasized at different Google data centers or data partitions. 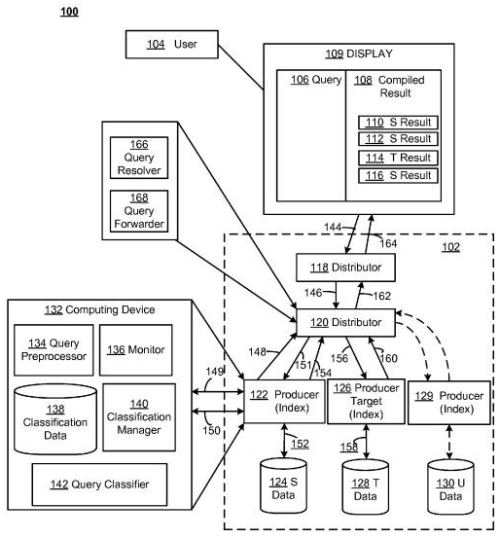 If you’ve looked at Google’s Pagespeed or Yahoo!’s YSlow, one of the recommendations that they will often make to large sites that have audiences around the globe are the use of content delivery networks or content distribution networks, which would enable those sites to distribute content such as images or downloads or streaming media on servers closer to the users asking for it.

If you perform a search in Google from one location (maybe home), and then perform the same search later in the same day from a different location (maybe work), you may notice that some of the rankings of results have changed, that some pages that were listed in the first search might not be visible in the second search, and that some new results have been added. If you then return to the first location (after a day of work), and perform the same search, you may see the same results from that first search again.

While Google’s localization (video) and personalization functions might play a role in the different results that you see, another thing to consider is that you might be looking at results from different data centers.

Google has a number of wholely owned as well as rented data centers around the globe, and they try to deliver services to searches from data centers that are close to searchers, though in some cases you may receive results from a data center that is more distant from you when the closest data center might be busy. 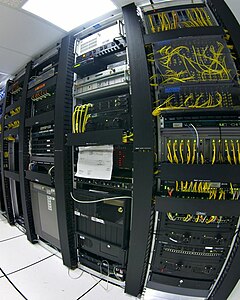 A patent application published by Google last year describes how the search engine might classify queries, so that it can store data responsive to those queries in places where it may be closest to those searchers who request the information.

The patent filing tells us that this system may use a hierarchical, tree-shaped architecture to accept queries and return results to searchers in a way that both “optimizes a usefulness/accuracy” of the results while also managing resources and costs associated with running the system. The results that are delivered to a searcher may come from more than one data source, but the idea behind the system is to make searches both more efficient and effective.

Under this system, a query might be sent to a “distibutor node” which would decide between a number of “producer nodes” to send that query to. Producer nodes are associated with indexes of data souces, which would search words or phrases within documents or meta data about those documents (including audio, video, and images). 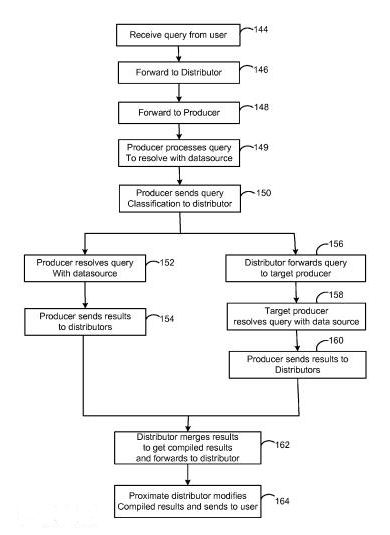 It might be more expensive to access some of those producer nodes than others, based upon things such as a producer node being physically distant from a distributor node, or have a limited ability to respond to queries because it’s busy, or the database at that producer node may be so large that search times may be unreasonably long.

When someone in Australia searches for [Football], they may expect to see search results involving Australian Rules Football, and a data center or source near them (in Australia) may be set up so that it is faster and less costly to access information about Australian Rules Football than information about American Football, or the Football that most Americans refer to as Soccer. Europeans searching for information about [Football] expect a whole different set of results, and data centers set up in Europe may be optimized to respond to queries involving those results. Americans anticipate a completely different set of results on their search for [Football] and data centers in the US might be optimized for their queries.

Intelligently Deciding Which Queries are Routed Where

Attempting to make an educated guess regarding which queries should be routed to which producer node or nodes isn’t really an option. There are too many queries, and too much information involved. A system like this is only going to work well if it produces search results that provide the “best-available query results for the query.”

So, this system will attempt to predict how likely it is that relevant information may be found at a particular producer node, and may or may not take into account particular topics or subject matter that may be relevant to the query. Remember, this is a “prediction” before the query is processed, so as much that can be done without actually finding all results to predict whether or not the query may have to be sent to more than one producer node, the better.

This prediction is based upon query pre-processing that might look at query features such as:

The analysis of phrases may include:

One of the inventors listed, Nadav Eiron, is also one of the inventors on a second generation phrase-based indexing patent filing from Google, Index Server Architecture Using Tiered and Shared Phrase Posting Lists. It’s possible that there might be a relationship between that type of indexing and the phrase analysis mentioned in this Result Optimization patent filing.

Including synonyms and possible misspellings in the prediction, and then in the pages returned from the index may result in a larger set of search results from the data source.

Looking at these types of features related to queries enables the search engine to classify the query to predict whether a specific producer node might contain sufficient search results to satisfy a searcher. 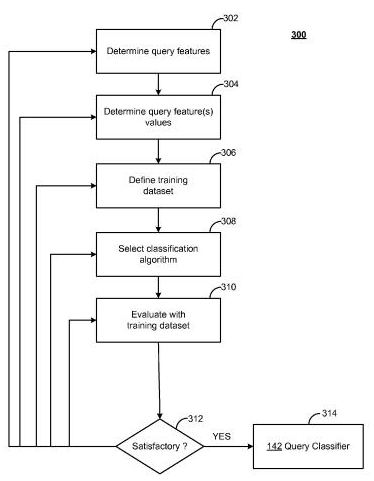 Machine learning techniques might be used to build a model regarding the probability that each producer node contains a useful amount of results to respond to a query, as well as determining whether other producer nodes should be included.

Using a query model like this enables the system to make more intelligent decisions about whether or not there might be sufficient results from a particular data souce. The features related to each query can also be used to retrive information from the index in each producer node as well. 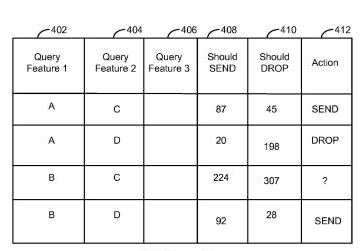 In addition to looking at information about the query itself, the search engine might perform a cost/benefit analysis, looking at other factors such as whether or not the network is currently congested, and how costly it might be to access a particular producer node for a particular query.

We’re told that the classification algorithm that might be used with query predictions for different producer nodes might be a decision tree algorithm:

Thus, a classification algorithm may be selected which attempts to maximize the sending of productive queries, while minimizing lost queries/results. Such examples may include, e.g., a decision tree algorithm in which query results are sorted based on query feature values, so that nodes of the decision tree represent a feature in a query result that is being classified, and branches of the tree represent a value that the node may assume.

Then, results may be classified by traversing the decision tree from the root node through the tree and sorting the nodes using their respective values. Decision trees may then be translated into a set of classification rules (which may ultimately form the classification model), e.g., by creating a rule for each path from the root node(s) to the corresponding leaf node(s).

Actual results produced from a particular producer node may be compared to the predictions on a regular basis to make sure that the classification model is working well, or needs to be updated.

We know little about the people involved in the Panda upgrades, except that someone with the name of “Panda” provides some of the impetus behind the development of the system involved.

How similar web pages may be on a site or upon multiple sites appears to be an important issue with the Panda upgrades, as do machine learning approaches to classifying web pages and web sites based upon quality. It’s possible that one or more of the people who were involved with this results optimization patent may have also been involved with Panda.