When named entities such as specific people, places, and things show up in queries or in web pages, that can be a signal to search engines to do something special in the results that they show. How prepared are you to understand and anticipate how the search engines treat them? Do you have a named entity strategy in place? 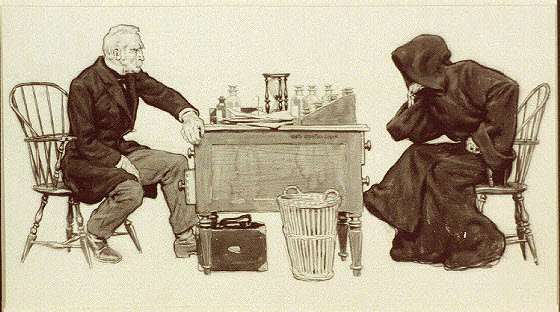 Named entities show up in a lot of queries – they may even be one of the kinds of things that people look for most online. In a 2010 white paper from Microsoft, Building Taxonomy of Web Search Intents for Name Entity Queries (pdf), we are told how large of a role that “named entities” play in search:

I’m working on a post about a new patent application published by Google that describes a process Google may use when it comes across named entities in a query, and I decided to take a look back to see how much I had written about entities in the past. I was surprised to find that I had written almost 130 posts that mention the word “entities” within them, out of a total of 1,223 posts published on SEO by the Sea since 2005.

Given how frequently Named Entities appear in queries and how important they are to local search and to Google’s growing Knowledge Base, it started me thinking about what kind of role named entities had in my strategies and approaches for content creation and marketing sites. Those are fragmented, and possibly should be more unified.

With local search, for instance, and its focus upon specific businesses and organizations and specific locations, it didn’t surprise me that many of the posts I’ve written on Maps, and Google Maps, in particular, mention entities. In promoting a business within local search, simple things like being consistent in the use of business location information at different sites for businesses can make a significant difference in how well a business might rank in local search. The categories that you associate with a business in profiles, and in how you write about a business can also play a significant role in how search engines rank those businesses as well. This is why a named entity strategy can be valuable.

With Google’s and Bing’s growing approach to Knowledge Bases and showing knowledge panels along with search results, much of what I’ve written about the knowledge bases of concepts and things that each search engine is building also mention entities. You can learn a lot about entities by looking at whether or not knowledge base results show up for them, and what else might be shown, or even in suggested query refinements for them.

But I was still surprised by some of my mentions of entities that I found while looking back at some of my posts.

For example, I remembered that when Microsoft wrote about how they might attempt to identify the most important parts of web pages to analyze the content of those pages and identify the main content as opposed to sidebars and footers and heading sections, named entities are one of the linguistic features that they may use to determine what might be the main content area on a page.

A post from 2006, Google’s Query Rank, and Query Revisions on Search Result Pages, describes how Google might track changes that people make to queries when they are searching for something. One of the things they mention is that they often see people guessing the names of entities within query logs. So, in Google Knowledge Panels, we see “People also search for” results that are related to a search for a named entity that are likely found by Google in query sessions that include that entity and may also include other named entities.

A Google patent and paper that I wrote about in Google on Using a Knowledge Base of Articles to Make Searches Smarter describes how the disambiguation feature at Wikipedia might be useful in telling the search engine about Danny Sullivan the race car driver and Danny Sullivan the writer at Search Engine Land. If you’re writing about a specific person or place or thing, do you look at sources such as Wikipedia or the Internet Movie Database (IMDB) or similar sources to learn more about those entities?

Google may recognize that a query includes a named entity along with other words and show a number of pages from a specific site that they have associated with that specific entity at the top of search results. I wrote about that in Boosting Brands, Businesses, and Other Entities: How a Search Engine Might Assume a Query Implies a Site Search. I find that knowing that Google might do this can help in better understanding some query spaces and search results that might include named entities within the original query, and how that might influence the difficulty of how easy or hard a keyword phrase that includes that entity might rank.

A Yahoo! patent filed in 2009 describes how Yahoo! might look for entities within queries by adding labels to words within those queries and applying confidence scores to the labels to gauge what the query is most likely about. That post is Not Brands but Entities: The Influence of Named Entities on Google and Yahoo Search Results

We do see Google working towards building a knowledge base filled with concepts and entities in a number of ways, but one of the most visible manifestations of that is through acquisitions such as the one I described in Google Gets Smarter with Named Entities: Acquires MetaWeb. If you’re not keeping a careful eye upon knowledge panel results and how they may be evolving over time, it’s something that is worth keeping an eye upon. Google does include knowledge panel results for celebrities and for bigger businesses, but it’s likely that the people and places and things included within those will grow as their knowledge graph gets bigger and more detailed. 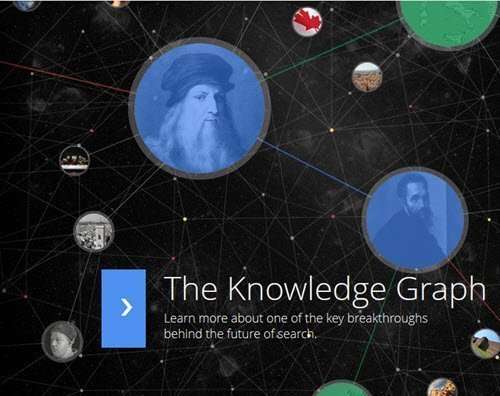 The Growth of a Need for a Named Entity Strategy

A Google patent that appears to have been filed prior to Google’s acquisition of MetaWeb mentions the MetaWeb specifically, and how information about named entities from the knowledge base might be used in search results in a mashup format – Google and Metaweb: Named Entities and Mashup Search Results? The patent includes some screenshot examples, and those formats haven’t made an appearance in search results (that I’ve seen), but it’s possible that they might.

Google Maps, in my opinion, is Google’s own effort towards building a knowledge base about entities in a way that ties businesses to specific locations. It has used searcher’s queries to help build information about those entities. See: How Google Might Use Query Logs to Find Locations for Entities. It’s been interesting watching how Google Maps has grown over the years, and Google has made a number of missteps in its growth, but with competition from sources like Apple, Google has a lot of incentive to improve how their mapping and navigation information grows.

With the Google Hummingbird update, it’s become clear that Google is working hard at rewriting long and complex queries, and using information from sources such as query and click logs and search results for specific queries to learn more about entities, which may play a role what they present in Google Maps, and possibly even search results as well. I pointed this out in
How Google Finds ‘Known For’ Terms for Entities and by identifying “is a” relationships for concepts and entities in the post How Google Attempts to Understand What a Query or Page is About Based Upon Word Relationships.

A Named Entity Strategy for All Search

It would be a mistake to focus solely upon Google in a discussion on named entities and search engines, and both Yahoo and Bing have been exploring ways to identify and use named entities in useful ways as well. I wrote about some patents I’ve seen from both of those search engines last year in Search Engines and Entities. Blaise AgÃ¼era y Arcas, who oversaw the development of Bing Maps has recently left Microsoft for Google. What information about entities might he bring from Bing to Google Maps? So a named entity strategy should go beyond just Google.

Named Entities play many different roles in how search engines interpret queries and index content on web pages, and with the growth of Knowledge Bases and query rewriting efforts like Hummingbird, those roles are likely to become even more important.

To repeat the question I asked in the title to this post, do you have a named entity strategy?

20 thoughts on “Do You Have a Named Entity Strategy for Marketing Your Web Site?”