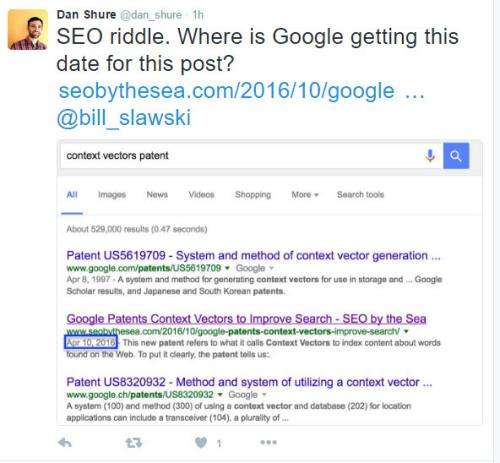 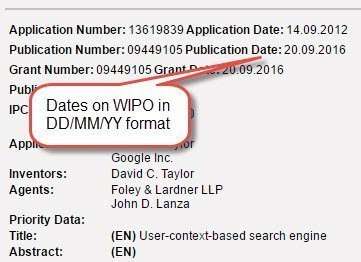 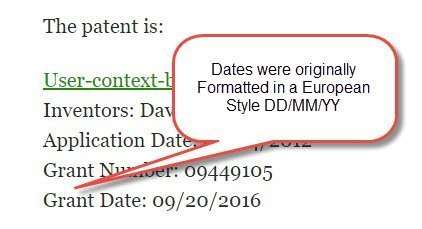 Which answers the question that Dan asked about why Google decided that the date in the snippet should be April 10, 2016 instead of the date that it was actually published October 4, 2016. Google may have paid more attention to the context of date formatting than it possibly should have in that post. It does show that Google is paying attention to context, though.

I’m not sure if it will help much, but I have changed the Formatting of the patent dates in the post about context vectors to the Americanized format of MM/DD/YY. Google is still showing a snippet date of April 10, 2016.

Aymen Loukil suggested I try using DateTime Schema. It looks like that is aimed at providing information regarding sites that provide schedules, and Schema.org tells us that it is used on “Between 10 and 100 domains”. Nothing on that page seemed to explain how to explain the formatting used by Dates.

I’ve written some other posts about patents from the WIPO pages, and used the European formatting of dates from those. I should go back and look at the snippet dates Google may have given those…