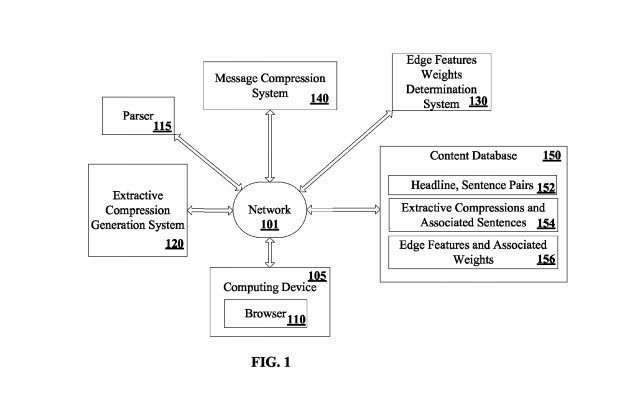 At the heart of this approach is the crawling of a data store of news articles and other sources, with the help of a “massive team of PhD linguists it calls Pygmalion”, and the use of algorithms that are referred to as “sentence compression” algorithms that might generate answers to questions from sources such as that news sources for featured snippets.

The documents from which the set of headlines, sentence pairs is determined may be news story documents. In some of those implementations, for each of the headline, sentence pairs the sentence is a first sentence of the respective document.

I had hoped to find more that discussed how this algorithm might be used in the generation of featured snippets, but it didn’t provide many details on that aspect of how these algorithms might be used. It does appear to be based on natural language processing. and I went looking at Google whitepapers to see if I could find more. I found a paper that looked related. On a Research at Google page for the paper Overcoming the Lack of Parallel Data in Sentence Compression they tell us is “A subset of the described data (10,000 sentence & extracted headlines pairs, with source URL and annotations) is available for download.”

That data for download includes sentences from news articles that have been tagged as different parts of speech. It looks like a lot of work, but it appears to be done in a way that does take advantage of automating processes that can keep such information up to date, and show timely featured snippets

There is some negative news about this pygmalion project and featured snippets, that describes it as more human driven: A white-collar sweatshop’: Google Assistant contractors allege wage theft. And There’s a discussion on Twitter from late May of this year about payment for the many linguists working on Pygmalion at Google: