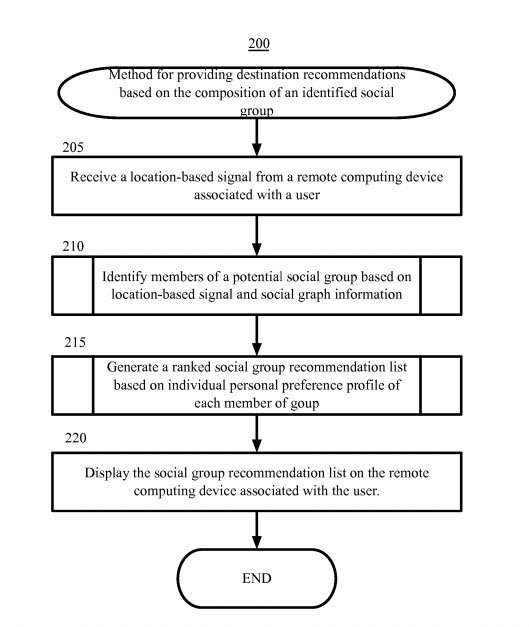 Google was granted a patent this week on offering recommendations or suggestions for places to go for members of social groups.

A social group, such as a meetup group that may get together for social events, may use the internet to communicate and interact, and look to for recommendations on where to go next. The patent from Google looks like it might be useful in providing a framework for such a group to make it easier for them to meet at locations and check in at those places and tag one another in photos to associate them with locations that they may travel to.

I could see an offering of social suggestions like this being built into an existing social network such as Google+, and wouldn’t be surprised if it was introduced at Google+ by Google.

I could see a group that liked visiting places together discussing going someplace together, such as the Birch Aquarium in La Jolla, California. Members of the group could “check-in” at the location when they arrive. People in that social group could tag photos of the location or of people at the location with the location name, so that they could see each other there. A group recommendation for places to go to for lunch or dinner could then be shared among the members of that social group. This would be the “Social where next” described in the patent’s name.

These social suggestions sound like it could be a fun element for a community that might involve people who are near each other, or who may do things together at specific locations. Would you use a “social suggestions” recommendation system if Google introduced one?