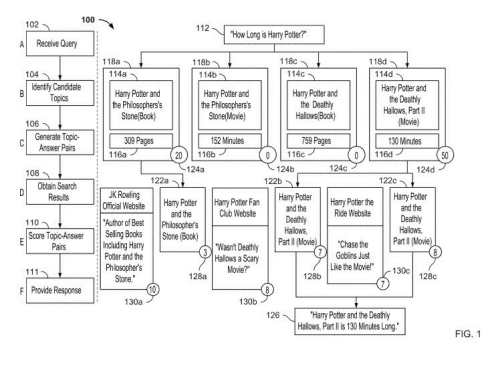 “How Long is Harry Potter?” is asked in a diagram from a Google Patent. The answer to this vague question is unlikely to do with a length related to the fictional character but may have something to do with one of the best selling books or movies featuring Harry Potter.

When questions are asked as queries at Google, sometimes they aren’t asked clearly, with enough preciseness to make an answer easy to provide. How does Google Answer vague questions?

Question answering seems to be a common topic in Google Patents recently. I wrote about one not long ago in the post, How Google May Handle Question Answering when Facts are Missing

So this post is also on question answering but involves issues involving the questions rather than the answers. And particularly vague questions.

END_OF_DOCUMENT_TOKEN_TO_BE_REPLACED 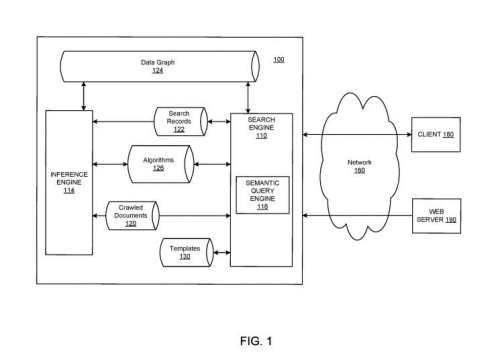 I wrote about a similar patent in the post, Google Extracts Facts from the Web to Provide Fact Answers

This one introduces itself with the following statement, indicating a problem that Google may have with answering questions from the facts it may collect from the Web to fill its knowledge graph:

Embodiments relate to relational models of knowledge, such as a graph-based data store, can be used to provide answers to search queries. Such models describe real-world entities (people, places, things) as facts in the form of graph nodes and edges between the nodes. While such graphs may represent a significant amount of facts, even the largest graphs may be missing tens of millions of facts or may have incorrect facts. For example, relationships, edges or other attributes between two or more nodes can often be missing.

That is the problem that this new patent is intended to solve. The patent was filed in November of 2017. The earlier patent I linked to above was granted in June 2017. It does not anticipate missing or incorrect facts like this newer patent warns us about. The newer patent tells us about how they might be able to answer some questions without access to some facts.

It’s also reminding me of another patent that I recently wrote about on the Go Fish Digital Website. That post is titled, Question Answering Explaining Estimates of Missing Facts. Both the patent that post was about and this new patent include Gal Chechik, Yaniv Leviathan, Yoav Tzur, Eyal Segalis, as inventors (the other patent has a couple of additional inventors as well.)