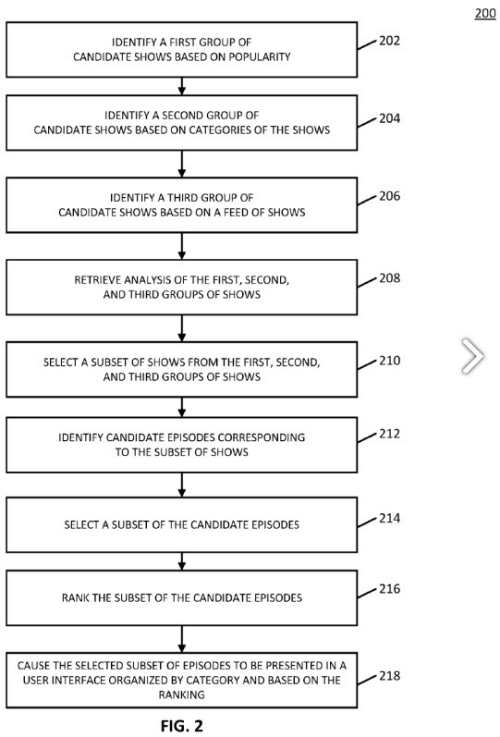 I’ve been listening to a lot of podcasts lately. They can be fun to listen to while doing chores around the house, like watering plants, washing dishes, cooking meals, and cleaning up. There are podcasts on many different subjects that I am interested in. A good number about Search Engine Optimization.

Someone asked me If I had seen any patents about podcasts on Twitter recently. I hadn’t at the time and I told them that. A patent application later appeared on January 9, 2020. I returned to the tweet where I replied that I hadn’t seen any, and tweeted that I had found a new one, and would be writing about it. This is that post.

It seems Google noticed this trend and has worked on making podcasts easier to find in search results and by releasing a Google Podcasts app.

Google is taking the next step in making podcasts easier to find. The company will now surface individual podcast episodes in search results, so if someone searches for a show about a niche topic or an interview with a specific person, Google will show them potential podcast episodes that fit their query.

There are also Google Developer pages about how to submit your Podcasts for them to be found using Google at this page: Google Podcasts, which offer guidelines, management of podcasts information, and troubleshooting for Google Podcasts.

How the New Podcast Patent Application Ranks Shows and Episodes

The application starts out with this statement:

Rankings are based on a likelihood that a searcher might enjoy the episodes being ranked.

The identification of a group of candidate episodes is based on an RSS feed associated with shows in the subset of shows.

The patent application about podcasts at Google is:

The patent describes a number of techniques that podcasts are found with.

Episodes that are deemed too long in duration could be blacklisted or deemed not suitable for selection as a candidate episode.

This process can also rank the subset of the candidate episodes based on a likelihood that a particular user of a user device will enjoy the episode.

This patent appears to focus primarily upon how podcasts might be ranked on the Google Podcasts App, rather than in Google search results.

The podcasts app isn’t as well known as some of the other places to get podcasts such as iTunes.

I guess making podcasts easier to find in search results can be similar to making images easier to find, by the text on the page that they are hosted upon, and the links to that page as well. 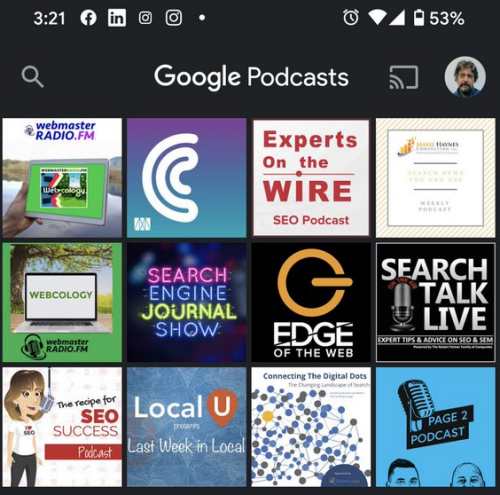 I thought it might be appropriate if I ended this post with a number of SEO Podcasts.

Hosted by Dan Shure. Dan interviews different guests every week about different aspects of SEO and Digital Marketing. I’ve been on a couple of podcasts with Dan and enjoyed answering questions that he has asked, and have listened to him interview others on the show as well. There are some great takeaways in some of the interviews that I have listened to learn from.

A Weekly podcast about Google Algorithm updates, and news and articles from the digital marketing industry. This is a good way to keep informed about what is happening in SEO. She provides some insights into how to deal with updates and changes at Google.

Danny Goodwin, Brent Csutoras, Greg Finn and Loren Baker take turns hosting and talking with guests from the world of SEO. No two SEOs do things exactly the same way, and learning about the differences in what they do can be interesting.

Hosted by Robert O’Haver, Matt Weber, and Michelle Stinson Ross. They offer “Expert Advice on SEO and SEM. I had fun talking with these guys – I just listened half of my last appearance on the show.

Hosted by Mike Blumenthal, Carrie Hill, and Mary Bowling. They often discuss news and articles that focus on local search, but also discuss topics that have a broader impact on sites such as image optimization.

This is hosted by Jason Barnard. The “AEO” in the title is “Answer Engine Optimization” and Jason has been attending conferences to give him a chance to interview people for his podcast. The last time we did a show it was in a bakery across the street from my hotel in a suburb of Paris, talking about Entities at Google.

Barry Schwartz runs Search Engine Roundtable, which is originally based upon the roundtable in tales of King Author that knights would sit at. In this VLOG, he visits people where they work, and asks them questions about what they do. It’s fun seeing where people are from and learning more about them.

This is a weekly conversation between a number of SEOs having discussions, often about marketing and SEO, but sometimes veering off into different topics. It takes inspiration from early days of SEO where conferences such as Pubcon were often meetups in bars, with people sharing stories about what they had been doing. I am one of the hosts, and recently I’ve been joined by Doc Sheldon, Terry van Horne, Zara Altair, and Steve Gerencser.

These shows feature interviews with some really sharp and interesting SEOs and provide details on tips and techniques involving digital marketing and technical SEO.

With David Harry, and Terry van Horne. The Dojo is a center for training and learning SEO. It often includes guests who have been sharing ideas and approaches about SEO for years.