Google was granted a patent yesterday on Blog Search, and how the search engine might filter blog posts out of blog search based upon a number of factors. The patent was originally filed in 2006, and it’s the first patent filing I’ve seen from Google that uses the term “splog.” The screenshot from the patent below shows some of that potential filtering process 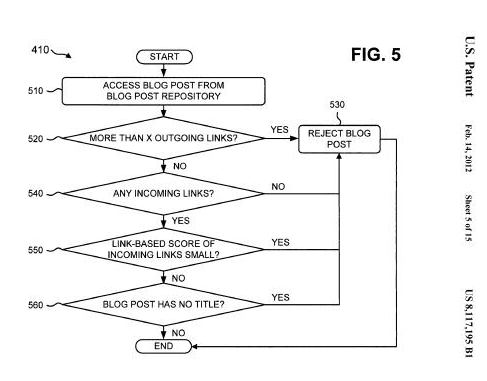 I’ve written a couple of posts in the past about how Google might be ranking blog posts based upon other patent filings from Google, including Positive and Negative Quality Ranking Factors from Google’s Blog Search (Patent Application) in 2007, and How Google May Rank Blogs in 2010.

The patent application from the first post, Ranking Blog Documents, is still pending as of now, and the patent described in my second post, Indexing and retrieval of blogs, was granted at the time that I wrote about it.

END_OF_DOCUMENT_TOKEN_TO_BE_REPLACED

I don’t know who said that novelists read the novels of others only to figure out how they are written. I believe it’s true. We aren’t satisfied with the secrets exposed on the surface of the page: we turn the book around to find the seams.

In a way that’s impossible to explain, we break the book down to its essential parts and then put it back together after we understand the mysteries of its personal clockwork.

END_OF_DOCUMENT_TOKEN_TO_BE_REPLACED

Baseball can be broken down into moments of drama, to individual confrontations, such as a pitcher and batter facing off against each other. The pitcher striving to push or sneak or cajole a ball past the hitter, and the batter attempting to impose his will with the bat on the ball. Ruth was an incredible talent, and a single look at his eyes can give you a sense of how he intimidated the strikeout artists of his era. Blogging about Ruth deserves blog images that captures his expressions 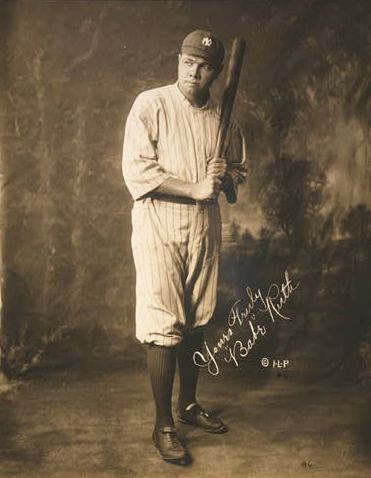 END_OF_DOCUMENT_TOKEN_TO_BE_REPLACED

One of the challenges facing someone when they first decide to start a blog is figuring out what to write about, whom to write for, and how to incorporate blogging into their daily routine. This is true for businesses to decide to add a blog to their website as well.

Coming up with a blog content strategy can make those challenges much easier. The first step involves asking yourself why you’re considering blogging, to begin with. Why blog?

One of the first steps you want to take with a business blog is to define what you want it to achieve. Those may include:

END_OF_DOCUMENT_TOKEN_TO_BE_REPLACED

Interested in finding a blog about a particular topic or place, rather than individual blog posts? A recent change with Google’s blog search is intended to make it easier to do so. The timing of the change interestingly corresponds to the granting of a Google patent on how Google may index and retrieve blogs last month. The announcement of the change was noted by Google on one of their blogs:

Recently, our blog search team made it much easier to find full blogs about your query, rather than single posts on the topic. This is especially useful if you’re looking for bloggers that post on an ongoing basis about the subject of your query.