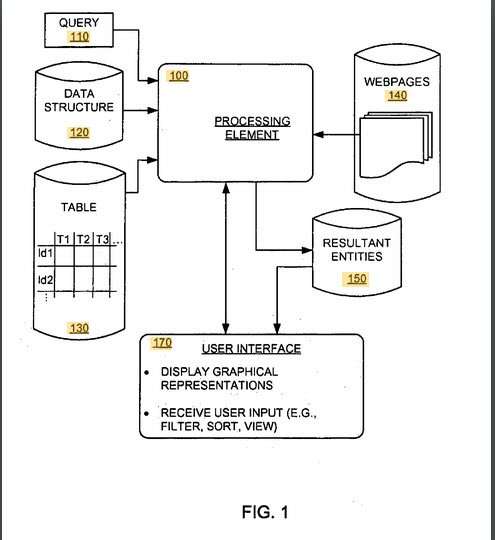 A compositional query may be aimed at providing a data point to identify another related data point as an answer or solution to that query.

For example, the following two queries are compositional queries and focus upon an answer at a fixed location or a fixed point of time:

The approach in this Google patent can involve determining a first entity type (the San Francisco Airport or World War II from our examples), a second entity type(Starbucks or Films), and a relationship responding to a compositional query (Starbucks near the airport, and Movies filmed during WWII).