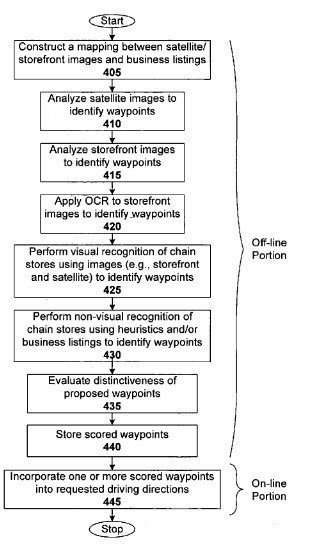 Then I drove around for 40 minutes, in the middle of Massachusetts, trying to find a hotel that I had made reservations at.

I wish that there was something better. Something that was human friendly.

Yep, I didn’t ask someone for directions. I should have. A couple of good landmarks would have really helped.

END_OF_DOCUMENT_TOKEN_TO_BE_REPLACED

Back before there was Yahoo! Search Marketing, and prior to Overture, there was Goto.com. Goto.com changed its name to Overture in September of 2001, and was purchased by Yahoo! a little over two years later for the small sum of $ 1.6 billion.

John Battelle’s book, The Search paints an interesting picture of what this search engine was like, and he posted an excerpt on his site this summer, to give you a glimpse: The Sugar Daddy: Itâ€™s All About Arbitrage.

A couple of posts ago, I noted that I was surprised by seeing Stephen Jobs name listed as an inventor of one of the patent applications I looked at. I was even more startled to see Goto.com listed as the assignee in another patent application this morning. This one was originally filed back before the October 2001 name change, and wasn’t published for the public to get a gander at until today.

In many ways, coming across it was a little like unearthing a time capsule. You have to look in the internet archive to get a first hand taste of what it was like, and be reminded that it has an even longer history under an older name. In How We Got To GoTo, we are told that the site’s original name was the World Wide Web Worm, and before it was acquired, it was one of the first searchable sites that automatically indexed the web with its own web crawler.

END_OF_DOCUMENT_TOKEN_TO_BE_REPLACED

Yahoo! has a history of looking for, and acquiring companies and their technology and hiring employees from those businesses. I focused upon the most recent companies with this post, and will followup sometime in the near future with the rest that I can uncover. Here are a number of the Yahoo acquisitions since October 2003:

3721 Network Software Co. (November 2003) 3721 NSC is a Hong Kong based language keyword search engines and real name address system. This company owned the Chinese company, Beijing 3721 Technology Co. Ltd (aka 3721). There’s a nice illustration on the Beijing page on how their real names translation (Chinese keywords are typed in the browser address bar instead of a URL) from English to Chinese works.

I’m not certain if the Beijing branch was sold to Yahoo! in the purchase. I’ve seen a couple of conflicting reports on that part of the acquisition.

END_OF_DOCUMENT_TOKEN_TO_BE_REPLACED 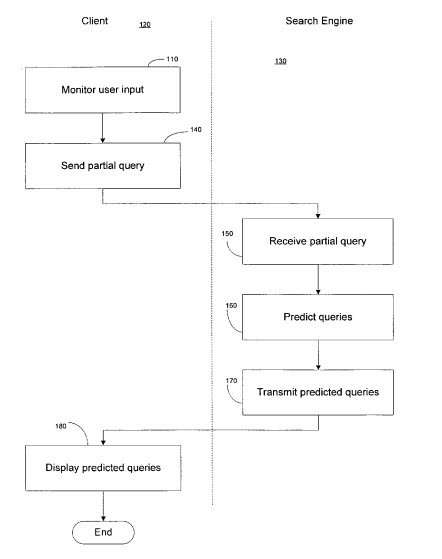 A new patent application published this morning doesn’t involve ESP, but it does attempt to anticipate what searchers are looking for. The document has the names of some prominent Google employees on it.

The focus of this document is on returning search results quicker, and enabling personalization to make those results more relevant for the person searching.

In my recent Google Acquisition post, one of the companies I mentioned, Kaltix, specialized in personalization and speeding up search results. I also linked to a patent application there, assigned to Kaltix, which covered those types of issues.

END_OF_DOCUMENT_TOKEN_TO_BE_REPLACED 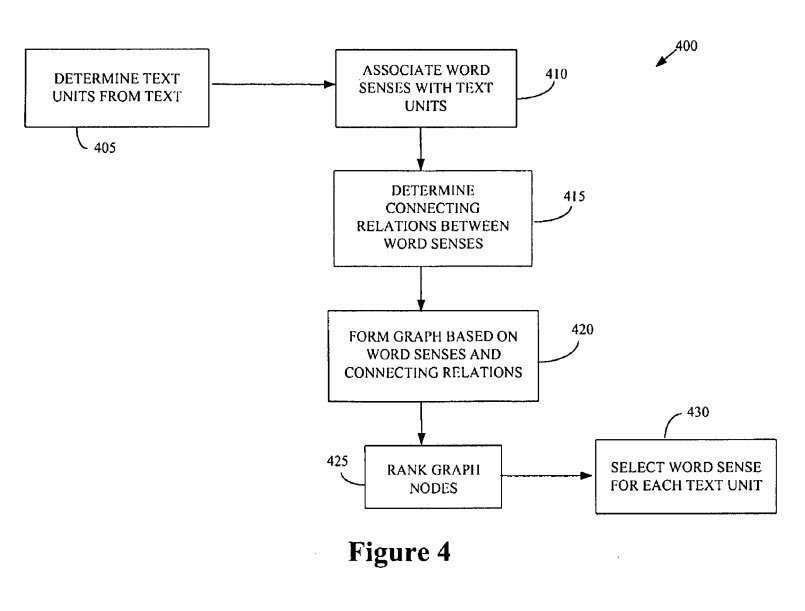 What is Google TextRank?

One of the challenges of the Google Book Search project has been to find a way to index all of the books included within the project.

We don’t know the details of the technology used to index those books. A little research uncovers some interesting information.

A post at Search Science this November involved the award of a grant of $107,112 by Google to Rada Mihalcea. Xan Porter noted there that Professor Mihalcea’s research involving “automatic extraction methods to retrieve significant information in books stored in electronic format” is what likely interested Google in getting her help for Google Print, or Google Book Search, as it is known now.

As a co-inventor of the Google TextRank Patent, she seems to have been the ideal candidate for Bringing Order into Texts.

It’s impossible to tell whether or not Google textrank is what is being used to index those books.