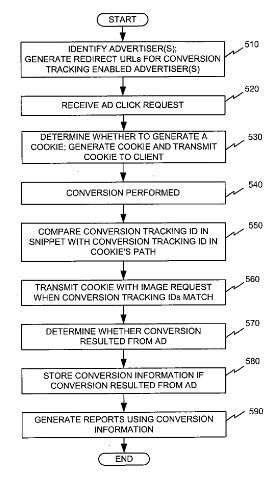 Search engine optimization and paid search advertising both share a similar goal. However, while trying to get the right visitors to websites, even more, important is that a visitor performs some action while there that fulfills some goal of a site’s owner.

The meeting of one of these objectives by a visitor is often referred to as a conversion. It can include viewing a specific page, buying something, downloading a file, signing up for a membership or newsletter, or another action as defined by the site owner.

In paid search, it can be difficult to tell how effective your campaign has been. Conversion tracking is an approach that search engines like Google can take to help advertisers understand how well their advertising is working. There’s a nice summary of how conversion tracking works in the O’Reilly article Understanding Google’s Conversion-Tracking Mechanism.

A deeper look into how it works is described on the Google AdWordsTM: Conversion Tracking Guide (pdf)

While searching through the US Patent Office site last week, I came across a new patent application published by Google, Systems and methods for determining user actions (filed August 23, 2004, and published December 8, 2005), that looks at conversion tracking in association with advertisements on a search engine.

I experienced a feeling of deja vu looking at the title of the document. I checked and found that it is the third version of a patent application from Google to use it, filed around five months after the second version. It adds a section on secure conversion tracking in the first two versions of the application.

Here are links to the earlier versions:

The name listed as an inventor on the third patent application is Alex Roetter, and it hasn’t been assigned to Google yet. The earlier versions also credited Deepak Jindal as a co-inventor.

Conversion tracking aims at not counting “bogus conversions,” which might be generated by spammers, to increase confidence amongst advertisers. The section of the third patent application on “Secure Conversion Tracking” is worth skimming through to see one way in which a search engine might try to increase confidence in paid search. The approach to building confidence in advertisers exhibited in this new patent application seems to be the same inspiration for providing site owners with Google Analytics.