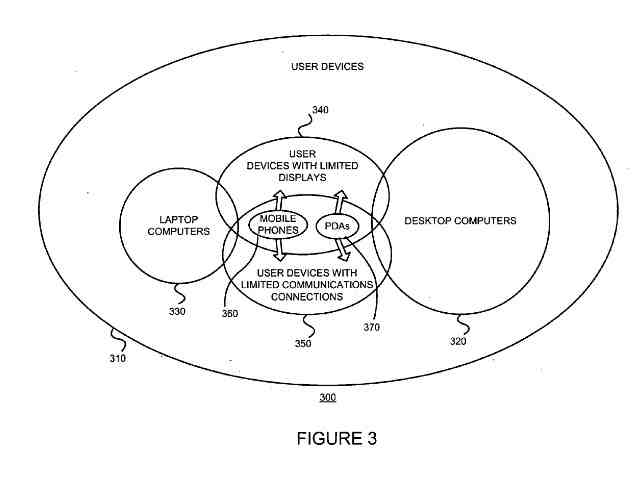 I’ve recently done some Google mobile searches, including a local search where a map and a telephone number was displayed for the pizza shop that I was looking for.

One thing I’ve wondered is if we will see ads on phones from Google on mobile searches. If we do, this patent application published earlier today might describe a little about how they might work.

The serving of one or more ads to a user device considers determining characteristics of a user device, such as whether or not the user device supports telephone calls.

At least some ads may include call-on-select functionality.

When such an ad is selected (e.g., via a button click), instead of loading a document (e.g., Web page) for rendering, a telephone number associated with the ad by an advertiser can be automatically dialed.

This patent application focuses upon serving ads on devices that have the ability to make phone calls and/or limited abilities to display ads because of things such as small display screens, slow connection speeds, and limited graphic capabilities so that pages load slowly.

It describes a system that can determine whether or not the device connecting to the search engine can make phone calls or has constraints related to the type of device used, such as a smartphone (small screen, etc.)

If the device can make calls, the ad served may send the person selecting the ad to a specific landing page related to the advertisement or even make a phone call to the advertiser.

One intent is to improve the user experience of folks being served ads on mobile phones. Is an ad that allows you to call the advertiser a better ad? Maybe.

I can see how it might be better for the advertisers, based upon the notion that if an advertiser has a chance to talk to someone who clicks upon one of their ads, they have a greater chance of turning that person into a customer.

If the search engine serves ads on phones, I do like the idea that they will consider counts on small displays and slower connection speeds. However, I suspect that there’s no way to avoid ads on a smartphone.

6 thoughts on “The future of ads on phones?”