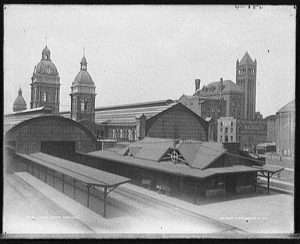 When I originally wrote this post, the Google Transit service was only available in the Portland, Oregon, area, according to the Google Transit FAQ at that time. Still, that page told us that they “plan to expand to cities throughout the United States and around the world.” Look at the Google Maps Transit page to see where it’s now available.

Ms. McKaig noted an article in this morning’s Metro News on the creation of such a service. The article reports that the City was considering creating its own online service with transit information which would have cost more than $2 million. They also note that there are no estimates of a cost involving partnering with Google, nor has a time frame been established to move forward together.

The idea seems like a perfect coupling of public information with private enterprise. The Google Transit program was created during Google 20 percent time, as noted in an Official Google Blog post – Public transit via Google.

Gary Price wrote back in December that Google has registered the domain names “GoogleTransitplanner.com., .info.,.org. and .net” when writing about the launch of the Portland Google Transit service.