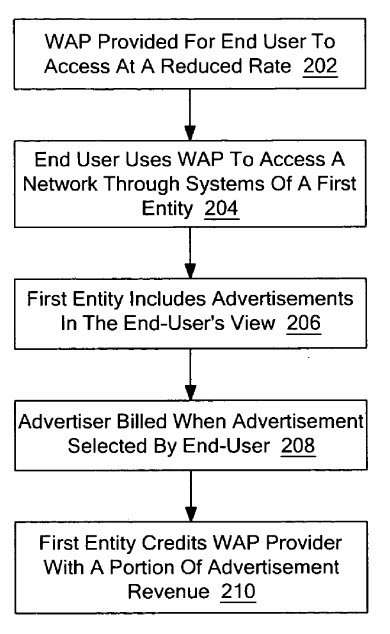 Mobile Advertisments Part of the Future at Google

New patent applications and a financial statement from Google arrived this morning. They point at a Google that’s growing a little less dependent on cables and desktop computers, focusing on mobile advertisements.

Google filed their annual report with the Securities and Exchange Commission today, and there are some interesting statements within it.

One area mentioned that has a lot of room for growth for the Mountain View search giant is the mobile device market. In the section of the report on “How We Provide Value to Users, Advertisers, and Content Owners and Producers,” Google tells us:

Multiple Access Platforms. Mobile phones are a fundamental development platform for us. Many people worldwide have their first experience of the Internet” and Google” on their mobile phones. We have continued to invest in improving mobile search and recently introduced the beta of Google Local for Mobile’s downloadable application for mobile phones that combines maps, directions, and satellite imagery to let people find relevant information when and where they need it, even if they are not close to a computer.

The financial statement later talks about expanding upon Google’s present mobile advertisement models, along with a “broader range of media.”

Broader Range of Media. Our experiments with targeted ads in new media also open up new inventory options to AdWords advertisers. With the acquisition of dMarc in February 2006, Google plans to unite our network of advertisers with dMarc’s innovative radio ad distribution product. In addition, we have begun testing ad placements in mobile searches in Japan. In each of these cases, our goal is to provide targeted advertisements with measurable performance. We are also currently testing ad placements in select magazines and newspapers and, among other things, experimenting with ways of streamlining the process of placing print ads.

I knew about the radio and print options (also desktop-free approaches) but hadn’t heard about Japan’s mobile search ad placement testing in Japan.

We’ve seen Google recently make deals with Sony Ericsson, Motorola, and Vodafone to add mobile search to those providers of mobile services. Google also came out with a patent application on advertising on mobile phones in early January.

In addition to making it easier to use Google by phone, we also see some efforts to make it easier to connect with Google by laptops and other wireless devices with three patent applications published today at the US Patent and Trademark site Office.

Method and system to provide wireless access at a reduced rate

Methods and system for providing wireless access at a reduced rate. In one embodiment, access to a WAP is provided to an end-user at a rate subsidized by a first entity. The first entity includes advertisements in an end-user view.

Method and system to provide advertisements based on wireless access points

Methods and system to provide advertisements because of an end-user accessing a wireless access point. The mobile advertisements are related to the WAP based on a predetermined criterion.

Googling will likely be something people do more with their phone and other handheld devices than on their desktop computers at some point in the future. So that time might be closer than we may think.