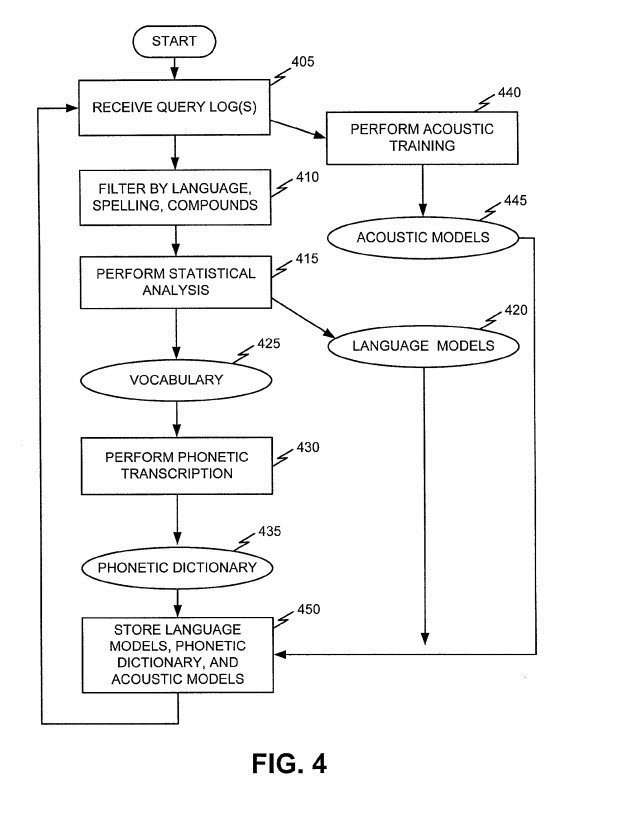 Google was granted a patent today on a voice query interface.

There are many potential issues with understanding speech when trying to perform searches by voice query, which are described by the patent filing.

With most speech recognition technology, there can be high error rates when the vocabulary used is large, and the amount of dialogue used is small. Those applications often need to be trained to recognize unique vocal inflections from speakers. A search query is often limited to a handful of words or less.

Voice interfaces for search engines currently limit that problem by keeping the scope of communication small, asking the searcher to choose from a limited number of categories, and drilling down to smaller categories while providing limited sets of choices.

This can cause voice query search to be slow, and limited to pre-chosen categories from the search engine.

This patent application is an attempt to address those issues, by trying to decide which are the most likely words comprising a voice query and searching for those.

The voice query search patent points to a number of other patents that are noted as references cited. It’s an interesting list: