The ones I enjoyed the most were three from Fujitsu which allow people to move their smart phones in different gestures to navigate around applications. I’m looking forward to watching people use those phones.

A method of providing emergency related information to and from a centralized location over a wireless network. The method utilizes cellular phones in emergency communications and entails two embodiments that employ location-aware technologies, in portable form, in security applications.

One embodiment serves as a modern high-tech “neighborhood watch,” enabling law enforcement access to the many “eyes and ears” of the public simultaneously via available cell phones. Cell phones with embedded digital cameras allow the instant capture and remote submission of suspicious circumstances to law enforcement through pictures or video.

The remote may resemble a handheld personal computer (HPC), a palm-held personal computer (PPC or PDA) or a smart phone, but has a low cost and feature set supported by the console that is novel in the consumer electronics market. In particular, this disclosure relates to combining telephone service, device control and, optionally, a fingerprint reader for easy user identification/authorization and personalization. As another option, a camera can be incorporated into the remote, thereby enabling video conferencing and other visual features.

Alternatively, the remote may be packaged separately from a console and sold to interact with capabilities of a communications and console, set-top box, multi-media PC or other consumer electronics device from a different source, such as one running on a Windows, OS X or Linux platform, with or without telephone capabilities. The remote may include a media reader and remote USB port.

A text input mechanism is provided especially for non-keyboard input devices for inputting text for languages that include large numbers of characters and that are not based on the Roman alphabets. Reading symbols of a language are presented to the user for selection.

The user can select the desired character from the displayed characters. The selected character is then entered into a computing system.

In some embodiments, a ghost messaging system is disclosed that includes:

a plurality of access points configured to transmit location information related to client devices to the server; and,

at least one client device configured to compose ghost messages, including indications of location relevance.

A speech-based method of searching for network content is disclosed. The method includes receiving, at a portable communication device, speech input containing a keyword.

A list of selectable links through which network-based content associated with the plurality of candidate results may be accessed is then displayed through an interface of the portable communication device.

An interactive system that provides real time animated broadcast graphics which are input directly from a mobile device. The input from the mobile devices may include text messages and the like.

The first three patents I’ve listed are all from Fujitsu, and involve using gestures with a handheld device in hand to navigate through applications.

A motion controlled handheld device includes a display having a viewable surface and operable to generate an image and a gesture database maintaining a plurality of gestures.

Gesture based navigation of a handheld user interface
Fujitsu Limited (7,180,501)

The device also includes a gesture database comprising a plurality of gestures, each gesture defined by a motion of the device with respect to a first position of the device. The gestures comprise at least four planar gestures each defined by a motion vector generally aligned in parallel with the viewable surface. The device includes a gesture mapping database mapping each of the gestures to a corresponding command, the gesture mapping database mapping each of the four planar gestures to a corresponding grid navigation command.

A motion controlled handheld device includes a display having a viewable surface and operable to generate an image and a motion detection module operable to detect motion of the device within three dimensions and to identify components of the motion in relation to the viewable surface.

The device also includes a motion response module operable to modify the image based on the augmented preferred component.

A method for providing a mobile user with updated weather nowcasts comprises: receiving a request from a user, the request being associated with a location, and for a period such as about an hour sending the user regular meteorological information regarding the location. The user may be a mobile telephone user and the location may be determined from the location of the mobile telephone.

A method, and related equipment, for interoperating between a device (11a) in a first network, such as an IMS network, and a device (12a) in a second network (12), such as a WV network, the first network using a first protocol (SIP) requiring that a message have a request uniform resource identifier including an address scheme, and the second network (12) using one or more other protocols.

The method includes a step (41) of converting a message constructed according to the first protocol (SIP) but having as an address scheme indicating a protocol of the second network (such as “wv:”) to a message in which the address scheme is changed (e.g. to “sip:”) to indicate the protocol of the first network and in which a user uniform resource locator parameter is provided having a value indicating the original scheme, before conversion (i.e. “wv” in the example given). 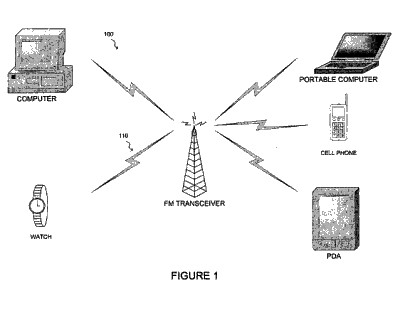 An apparatus, system, and method are related to navigating through content on a device that includes stored information that is organized according to channels.