Last month, news leaked out that Google was buying Adscape Media, which specializes in providing advertising within games. It appears that Google was already working on how to show ads during gameplay, and how to collect information about the users playing those games. 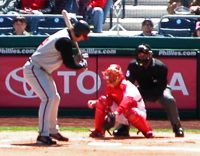 A new patent application from Google looks at ways of determining user information for use in targeting ads, and determining and serving relevant ads in video games. They take into account a person’s interests and gaming behavior by monitoring and making inferences from their online gaming activities.

Information about a person’s interests and gaming behavior may be determined by monitoring their online gaming activities (and perhaps making inferences from such activities). Such information may be used to improve ad targeting. For example, such information may used to target ads to be rendered in a video game being played by the person.

When is information collected?

1. Registration Information – Gamer information may be collected at the time of registration of a game, a gaming console, or during online gaming subscription registration.

2. Game play tracking – may track selections made during the course of game play. In a Formula One racing game, a player may make selections about the type of car they are driving, who the driver is, the racing track used to compete upon, car colors, types of tires, etc. In a first person shooter type game, a player might decide to play as a “medic, a mercenary, an engineer, a warrior, a thief, a wizard, an alien, etc.” In sports games, choices about teams chosen, stadiums played at, and players selected might be remembered.

This kind of user input might help select relevant advertisements. Someone drives a racing car from Dodge, they may be show ads for Dodge cars. They pick a Miami sports team, and get ads for tickets for events in Miami. A Beastie Boys soundtrack selection might trigger rap or hip hop ads rather than Britney Spears.

User selections may not be the only behavior that triggers certain advertisements:

If the user has been playing for over two hours continuously, the system may display ads for pizza-hut, coke, coffee and other related goods.

Some more indepth analysis of game play may determine other ads being shown:

Where would ads be shown during games?

The patent application indicates that it could collect some pretty detailed information about user behavior:

Examples of information that could be useful, particularly in massive multiplayer online RPG’s, may be the specific dialogue entered by the users while chatting or interacting with other players/characters within the game. For example, the dialogue could indicate that the player is aggressive, profane, polite, literate, illiterate, influenced by current culture or subculture, etc. Also decisions made by the players may provide more information such as whether the player is a risk taker, risk averse, aggressive, passive, intelligent, follower, leader, etc. This information may be used and analyzed in order to help select and deliver more relevant ads to users.

How would an advertiser get feedback, from gaming ad placments? One way would be to provide the gamers with a chance to provide a negative or positive response.

For example, in a Simms type game, the ad might be a character saying “Want to listen to the new Coldplay album.” A response such as “yes”, “sure”, “absolutely”, “you bet”, etc. could indicate a positive user response to the ad (like a selection of a text or banner ad on a Webpage), while a response such as “no”, “nah”, etc. could indicate a negative user response to the ad (like clicking the close box of an ad on a Webpage).

Those user actions in response to ads could be tracked and used for billing or ad scoring, and treated as an ad selection or conversion, and collected for determination of conversion rates.