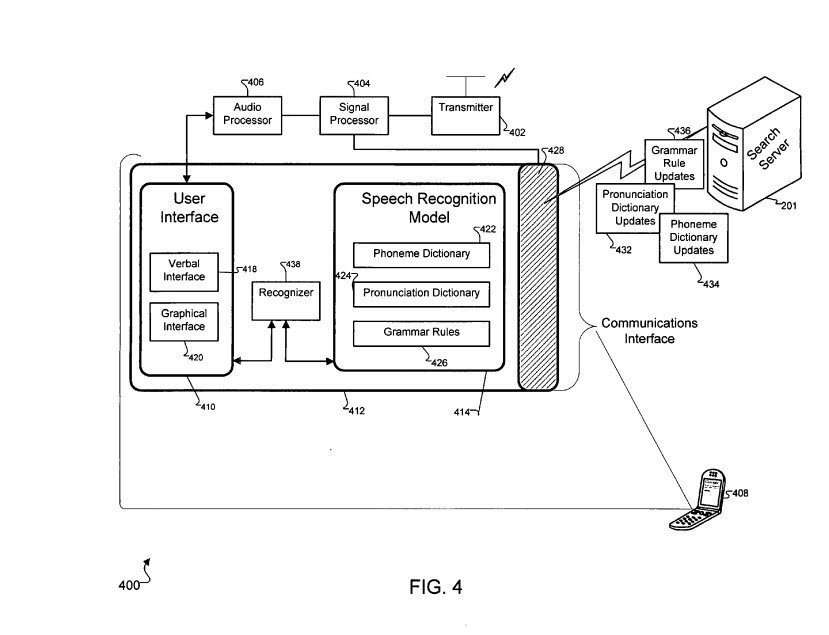 How might a voice search engine learn new words that have been introduced into popular speech, such as “da shiznet,” and learn and understand different pronunciations of words, such as might be found in spoken language based upon regional differences?

A newly published patent filing from Google provides some hints.

Last April, Google was granted a patent on a Voice interface for a search engine. I wrote about it in Google voice search patent granted.

That earlier patent filing introduces a number of topics around speech recognition, and tells us about things like a language model, which could learn new words and different pronuciations.

Since then, we’ve actually seen a voice search from Google introduced at Goog 411

The new patent application provides a more detailed look at how a language model for voice search might work:

The patent does provide a lot of detail on how such a language model might be built and trained. The most interesting part of it, to me, is how it might look to sources like television newscasts and transcripts from them, to learn new words, define how those words sound, and understand text related to those words.

It also discusses predictive sound searches, like the predictive searches that you see in the Google toolbar in a drop down, that offer suggested queries based upon letters and symbols and spaces typed into the toolbar search box, except this listen to portions of sound.

The patent application really does use the term “Da Shiznet” (sic) as an example:

The system receives the new spoken word, but incorrectly translates the word because the new spoken word does not have a corresponding textual definition in the language model. For example, the words “da shiznet” expresses a popular way, in current language, to describe something that is “the best.”

Language models, however, may not include this phrase, and the system may attempt to translate the phrase based on current words in the language model. This results in incorrect translation of the phrase “da shiznet” into other words, such as “dashes net.”

Now, I can’t recall my local anchorman using terms like “da shiznit” on a regular basis. If Google is learning new words and pronunciations by listening to television and following along with the broadcast by looking at transcripts from those shows, I’m wondering if MTV is on their daily viewing schedule.