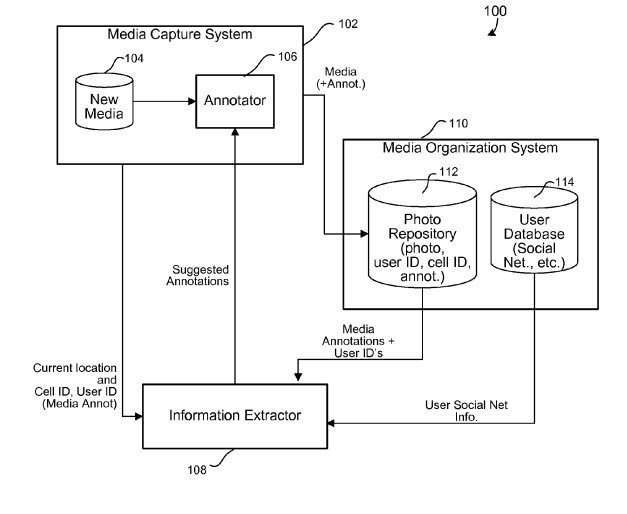 The ability to annotate pictures, songs, video, and web pages is growing as site owners attempt to find new ways to build communities and attract visitors to their sites.

Enabling people to add their thoughts and opinions, their words to a page means that a site can grow and evolve with the community that it was built for and that it becomes more interesting and valuable to other visitors.

Some very popular sites that allow for annotations include Flickr, Delicious, StumbleUpon, and YouTube, and the original intent behind Google may have been to build an annotation system. Knowing what other people are saying about a site or a photo or a video can be pretty interesting.

Several questions can be raised about annotations:

A patent application from Yahoo explores suggestions for annotations, offering some examples from ZoneTag and Flickr, though some of the concepts behind the annotation suggestions discussed could easily be added to places like Delicious.

And don’t discount the possibility that annotations and user reactions could find their way into search results.

Annotations as Meta Data for Media

While such growth is happening, the creation and capture of semantic metadata about photos and other media content, that is relevant to the content or context of that media can be difficult to capture.

It can be almost impossible.to get people to go through a large collection of images, videos, songs, and web pages all at once and add information about those objects. It’s likely much better to allow them to do that as they upload images, bookmark pages, view videos, and comment upon the objects that they see.

Making it easier for people to tag and annotate those, and offering intelligent suggestions for them to do so may be helpful.

I’ve written a couple of posts before on Yahoo’s efforts to help people tag images – Yahooâ€™s Studies on Mobile Camera Phones and Geo-Referencing Images and Exploring Yahooâ€™s Photosharing Applications. The papers and pages linked to those posts provide some background on what Yahoo has been doing with annotations of media objects.

The patent filing adds more information on a specific aspect of annotations – suggestions for annotations that might be based upon many factors, including an individual’s location, their history of providing annotations, as well as annotations from a social network that they may be part of, or from members of the general public.

That information can be helpful to potential future viewers or visitors, in finding media objects that they might want to see.

Disclosed are apparatus and methods for facilitating the annotation of media objects by a user. Mechanisms present a user with an easily usable set of annotation suggestions that are most likely to be relevant to the particular user and/or media context.

The idea behind this patent application is to make it easier for people to leave annotations for some kind of media such as photos. by providing suggestions based upon the context of the objects and the social community of a user, and to include a way to rank those annotation suggestions in a way that might be relevant to someone who might want to use the suggestions.

In Zonetag, these annotation suggestions might be based upon the location of someone uploading an image using a camera phone, or from previous annotations from others who have taken and uploaded an image at the same location.

The length of time that has passed since that previous annotation might be meaningful, as well as if the annotation was left by someone related in a shared social network.

Suggestions for annotations may be gathered from a number of sources, such as:

Install the location-based photo browser Zurfer on compatible phones – when you visit a place, you can see images and annotations from others who visited that location.

Explore Yahoo’s new location data application, Fire Eagle, and learn more about how it can be used to share information about your location on different social networks at the Blog on Fire pages. A Fire Eagle API may help developers create applications that can use the location data shared by Fire Eagle users.

8 thoughts on “Creation and Ranking of Image Annotation Suggestions”