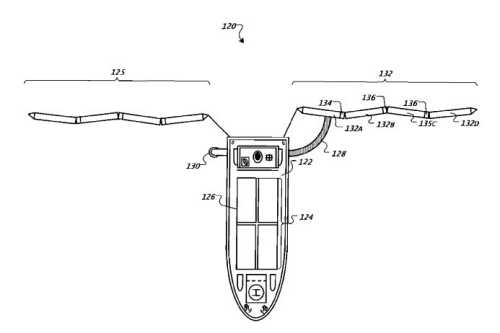 Will We See a Water-Based Data Center?

Imagine a fleet of sea-worthy vessels delivering computing needs to people without having to send information cross country but rather anchored on the seas nearby.

Now consider data centers on those ships being powered by the waves and cooled by the waters.

Google was granted a patent on a water-based data center today:

Some of the topics covered in this water-based data center patent:

1) Wave-powered generators such as Pelamis machines may power sea-based data centers and pumps to cool them.

3) A water-based data center might be contained in a standard shipping container, loaded aboard ships, and connected to cooling and electrical systems aboard those ships. The ships may then be deployed to where they are needed. Google has previously been granted a patent for a Modular Data Center

4) The patent notes in closing that electricity could also be generated from other sources to power data centers, such as sea-based wind generator farms and power from river currents.

[0102] Alternatively, cooling water may be obtained out of the body of water in which the boats sit, such as when free cooling using deep lake cooling. Besides, generators on the boat or other power plants on the boats may generate electricity for the data centers. A boat may be anchored offshore in such situations and may attach to an offshore data connection, such as an optical fiber connection.

In this manner, computing power may be easily projected geographically on short notice and may be alternatively used at sea and on land as the need arises. For example, where a large event is expected to occur, or many computer users are expected to congregate near a port, such a data center may be supplied at the port.

Will Google create a water-based data center that might operate on sea or a lake, generating their electricity and cooling their operations with the waves they float upon? It’s looking like a possibility.