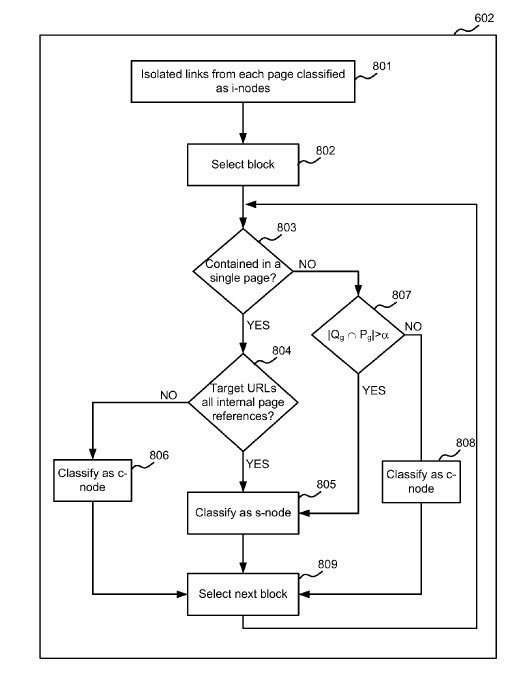 How well do search engines understand the linking structure of a web site? Do they have ways to organize and classify individual links and blocks of links that they see on the pages of a site?

I came across a patent filing from Microsoft from last summer that explored the concept of linking structure. It hadn’t drawn much attention, so I decided to take a closer look at it here.

END_OF_DOCUMENT_TOKEN_TO_BE_REPLACED

One of the things that I like to do for sites that I work upon is to create an SEO content inventory.

I find it helpful to have information all in one place about the content that might appear on different pages of a site, and an SEO Content Inventory can be very useful as a planning tool. The idea isn’t new, and usability.gov has a nice description of why it can be helpful to conduct a content inventory on their pages from a design stance.

Jeffrey Veen also published a post a number of years ago about using a tool like this when he works on information architecture and design issues for clients, in Doing a Content Inventory (Or, A Mind-Numbingly Detailed Odyssey Through Your Web Site).

One of the differences between the approach that usability.gov and Jeffrey Veen use, and the one that I like to use is that I include more details involving search engine optimization (making it an SEO Content Inventory.) For instance, in my inventory, there’s a space for the “present” page title, meta description, and meta keywords, and “future” title, meta description, and meta keywords.

END_OF_DOCUMENT_TOKEN_TO_BE_REPLACED

Can looking at how many times rare words appear in a search engines index give us an idea of the size of the database for that search engine?

About a week ago, I wrote about some of the most common English words in the indexes for Google, Yahoo, Bing, Ask, and Google Caffeine. I took a look at 50 words that are amongst the most frequently appearing words in English, and estimates from those search engines about the number of times that those words showed up.

One is that the number of results shown are rough estimates only. It’s also possible that the way that estimates are calculated from one search engine to another are very different. Some of the pages listed among those results are likely duplicate pages at different URLs, or may have contained misspellings of the words. Some of the words may be abbreviations or acronyms, as well (such as “it” being an abbreviation for information technology).

END_OF_DOCUMENT_TOKEN_TO_BE_REPLACED

Sometimes Google, Yahoo, and Bing will show additional links for a search result under the description for that result. These are often referred to as Site Links, Sitelinks, or Quick Links by the search engines. An example is the sitelinks that Google shows in a search result for the WordPress site when someone searches at Google for wordpress:

None of the search engines presently allow site owners or webmasters to choose the links that show up as sitelinks or quicklinks in those search results. Google provided some hints as to how sitelinks might be chosen in the description of the patent on Google Sitelinks. Yahoo also gave us some information about the sources of information that they use when they include quicklinks for a search result in a white paper on Yahoo quicklinks. Microsoft also released a whitepaper on how they might include links such as sitelinks to give searchers a chance to find what they call final destination pages.

Some of the choices for sitelinks and the text for those links that Google chooses aren’t really helpful for searchers or ideal for webmasters, such as the the site link at the bottom right in an “SEO by the Sea” search result as seen in the next image:

END_OF_DOCUMENT_TOKEN_TO_BE_REPLACED

Are large news agencies, with a wide scope of international coverage on multiple topics, with large numbers of reporters, and finely edited articles better sources of news than smaller and more local papers, or narrow niche blogs?

A patent on ranking articles in Google News was granted this week that was originally filed in 2003, and it discusses a number of ranking factors that it might use to present news article based upon the “quality” of the news sources involved.

The patent doesn’t include a full range of signals that Google probably considers in ranking news stories, such as the freshness of the news (as noted in Google’s patent filing on Universal Search), or whether or not a certain source is the original.