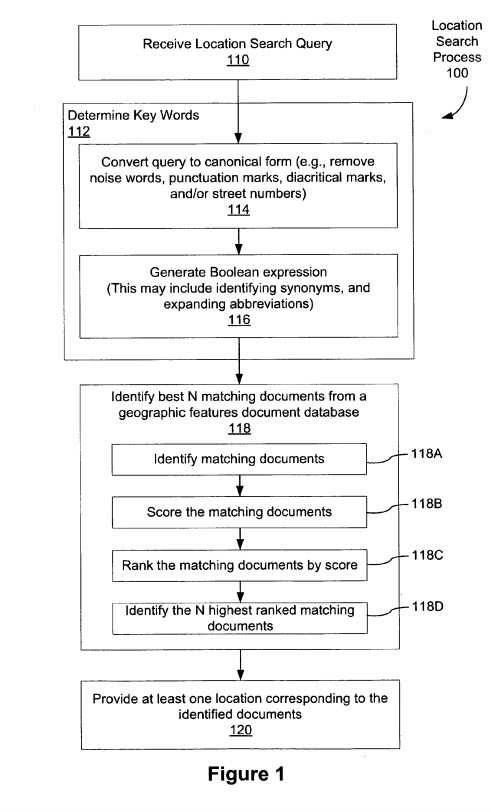 What are Location Searches?

Ever go to a search engine to find out more about a specific place, such as a street or park or business?

Want to see what the area around a historic monument is like?

These types of searches are often referred to as location searches because the intent behind them is to find information about specific locations.

You can perform location searches in map-oriented search engines such as Google Maps or Yahoo Local or Bing Maps, but the search engines may also provide map type results in their Web search results as well. Before Universal Search was part of Google, maps had started showing up in Google’s web search results. If you searched for a business name or category with some geographic information included in your query, you may have been shown a map in your web search results alongside a listing relevant to your search.

For instance, in location searches, some of the issues that search engines may have to resolve can include:

Ideally, for location searches, a search engine might try to show a single map result as a response, if the address is unambiguous. In Google Maps, you may only see one result when you search using an address for a place.

If you switch over to Google’s web search, you might see a map for the location along with other information about that address. Web search results may also be included. 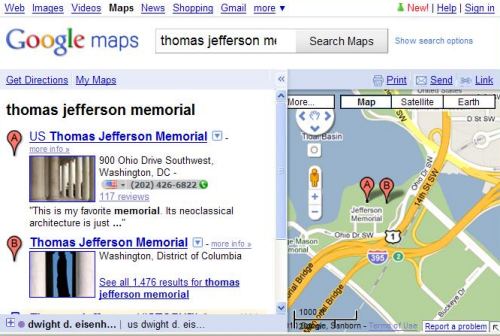 When a search engine receives a location search query, it might take many steps to try to pin down the right address. For instance, it might look at keywords in the query and:

There may be more than one location associated with a specific location query, such as “Washington Monument,” which could refer to:

The analysis that the search engine performs attempts to come up with confidence scores for different locations, and if the highest-ranking location is a certain threshold above others, it may only show one location.

How that analysis works can be influenced largely even by small changes in a query. For example, if you type “Washington Monuments” instead of “Washington Monument,” into Google, you see a map with a very different set of results. And you should – making the word “monument” plural significantly changes the meaning of the query.

Each record of a location listed in a database of locations might include metadata, not HTML elements such as meta description elements or meta keywords, but rather additional information about that location such as keywords or synonyms for those keywords, as well as regions surrounding a location. For example, the Washington Monument Fountain is located in the City of Philadelphia as well as the State of Pennsylvania, and the record of that place might include those regions as metadata about the Fountain.

If you are performing a location search in Google Maps after searching for a specific place, your search may focus upon the boundaries of the map shown for your previous search. For instance, search for “Philadelphia,” in Google Maps and then follow that up with a search for “fountains,” and Google will show you places within the Philadelphia map boundary with “fountain” in their names, places in a “fountain” category, and places that might have the word “fountain” in reviews and descriptions of the location.

It might first remove the number and the period after the “Ave.” resulting in “Abe Ave Great Neck N.Y.”

Abbreviations such as the “AVE” may then be expanded upon, and synonyms might be added, such as “street” or “lane” or court.”

Geographic locations in a database like the one Google may have for Google Maps may have features associated with them, and they may be searched using boolean expressions like the one above.

Those geographic features can include:

In searching that database of features, the search engine may come up with some results and score them. That feature rank score may determine which location you are shown in Google Maps or Google’s web search results, in response to a location search. The patent provides a fair amount of detail on how they might score locations in response to a location search, though Google may be looking at other factors to score how well a query matches up with a location.

One of the most interesting aspects of the ranking process involves many “penalty factors.” One of those penalty factors might explain why, for example, I might see a map of my present location when I search for “SEO by the Sea” in Google’s Web search and you may not see that same map when you are located outside of Warrenton, or Virginia, or the United States.

10 thoughts on “Location Searches at Google”