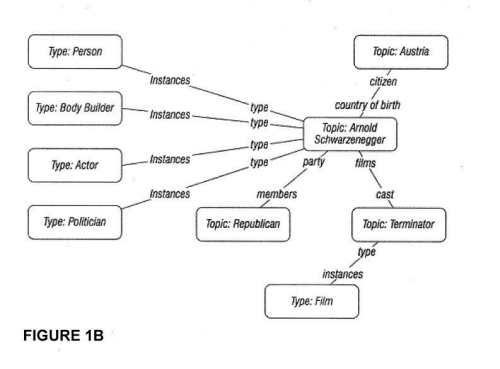 Named Entities are specific people, places, or things, focusing on what Google might look for when returning information about queries. They got a lot smarter in answering questions about named entities with the acquisition of MetaWeb, which had developed a way of better understanding named entities in searches for them, which Google appears to have adopted.

Here is an example of how MetaWeb handled named entities, as described in one of the patents they had gotten granted:

You may know him by many names or titles – Governor of California, Terminator, Governator, Conan the Barbarian, Kindergarten Cop, Mr. Universe, Mr. Olympia, Arnold Strong, Arnie, The Austrian Oak.

Metaweb is a company recently acquired by Google, and they’ve created a system of indexing named entities that allow you to search for information in a new way. The idea sounds a little like a library’s Dewey Decimal system, but for named entities.

Why is this important, and what are Named Entities?

A named entity is a specific person, place, or thing. For example, named entities can include Barack Obama, the Commonwealth of Virginia, or the Great American Ballpark in Cincinnati. Associating unique identification numbers with named entities can make it easier to index them and find information about those named entities when they might be referred to by different names, like my example above about Arnold Schwarzenegger. They can also help with local search by allowing specific places, businesses, or landmarks to have unique identification numbers.

How often do named entities appear in Web searches? A recent paper from Microsoft, Building Taxonomy of Web Search Intents for Name Entity Queries (pdf) tells us that they are pretty common:

According to an internal study of Microsoft, at least 20-30% of queries submitted to Bing search are named entities, and it is reported 71% of queries contain name entities.

Metaweb started a knowledgebase called Freebase, which had volunteer editors and contributors who added entity information. It became one of the significant sources of information behind Google’s Knowledge Graph.

Metaweb has several patent applications at the United States Patent and Trademark Office. They are worth diving into if you want to learn a little about some of the technology behind the company.

I’ve just started looking at them myself, beginning with the one below on “Query Optimization,” where I found the Metaweb ID number of Arnold Schwarzenegger. The patent filing describes how an ID number can collect and store data about named entities and information associated with them and how queries can be performed based on that collected information.

Here are the patent filings assigned to Metaweb

System and method to facilitate importation of user profile data over a network
Invented by W. Daniel Hillis and Bran Ferren
US Patent Application 20060095780
Published May 4, 2006
Filed: October 28, 2004

Metaweb operates the community-based site Freebase, a community-based source of data about different people, places, and things. For a great example of how they collect and display data, see their page on George Washington.

What will Metaweb bring to Google?

26 thoughts on “Google Gets Smarter with Named Entities: Acquires MetaWeb”