Almost 6 years ago, SEO by the Sea was born in a thought inspired by the sight of sails bobbing up and down on waves where the Susquehanna River meets the Chesapeake Bay, in Havre de Grace, Maryland.

The town is a sleepy historical place, which comes alive during weekends when many visit the antique shops and docks and bed and breakfasts. Most of it burned down during the War of 1812 when nail maker and militia lieutenant John Oâ€™Neill attempted to singlehandedly hold off British ships intending to sail up the River after attacking Baltimore (the attack that inspired Francis Scott Key’s Star-Spangled Banner).

Oâ€™Neill was eventually captured, and in retribution, the British set the buildings of Havre de Grace afire. Little of it remained unscathed, but the residents rebuilt the town, which originally got its name from Marquis de LaFayette, who called it Havre de Grace, or the “Harbor of Grace.” 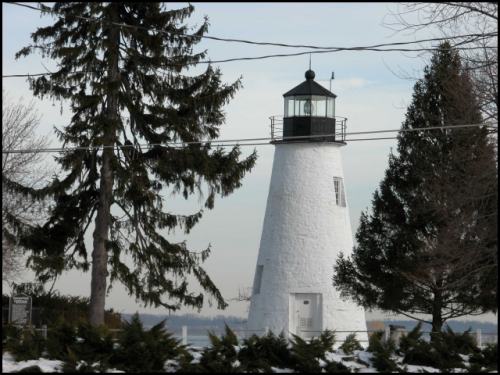 I was working in Havre de Grace at the time, and my co-worker Loren Baker and I came up with the idea of hosting an alternative and affordable meetup of marketers and SEOs.

Much like the free Barcamps that started in the summer of 2005, SEO by the Sea was intended to be a free gathering of people, located in the relaxed atmosphere of Northern Maryland, away from expensive hotels, cavernous conference rooms, and strict agendas.

While the event received a fair amount of attention online, it might have been an idea before its time, and the turnout wasn’t huge by any means. I did register this domain before the event, and blog about things like the town’s history, places to stay when attending, and more. Once the event passed, I left this blog alone.

That is until the thought came to me that I should blog a little about SEO, and about some of the patents that I’ve been seeing, some of my experiences, and maybe some tips and ideas about SEO and internet marketing.

I wrote many posts, and received a comment here and there, and continued to write for its pure enjoyment of it. A little before Christmas of that first year, I wrote a blog post about Google acquired companies. I went away to visit my family for the holiday weekend and came back to discover that tens of thousands of visitors came to the site from Digg over the Christmas holiday, read the article, and left close to 100 comments.

A little later, I saw my blog nominated as one of the best SEO research blogs online by the Search Engine Journal. Even Google’s Matt Cutts spoke kindly about the blog, noting:

SEO by the SEA. This category will be summarily given to Bill Slawski for a five-year term, barring a major shake-up.

It’s been around 5 years since Matt’s comment, and I’ve been busy writing about search-related patents and white papers since. This is my 1,000th post, and more than 15,600 comments have been published on the site. I want to thank the many people who have been involved in one way or another with the success of this site, and for inspiring me to keep on posting.

I’m not sure that any SEO by the Sea post is complete without at least one mention of a patent or whitepaper, so here are a few:

In December of 2006, I wrote Phrase Based Information Retrieval and Spam Detection, about one of Google’s Phrase-Based Indexing patents.

A continuation of the patent was published this week, which includes a few changes to the claims contained in the document. If you missed it the first time around, I strongly suggest that you spend some time with it. The new version of the patent filing is at: Detecting Spam Documents in a Phrase-Based Information Retrieval System

In March of 2009, I wrote Google Patent Granted on Web Link Spam, which discusses a Google patent describing how they might look at patterns between links to identify places where site owners might be attempting to artificially manipulate links between pages to inflate PageRank to their pages. While the patent uses the examples of link farms and Web Rings examples, it could potentially be applied to other ways to manipulate links. Even on sites where mistakes in site structure such as endless loops might cause many extra pages to be inadvertently created.

A continuation of that patent was republished in 2009, and was granted this week. The description part of the patent is substantially the same as in the earlier patent. Still, the claims section of the new patent contains much stronger language about the search engine taking remedial actions and removing pages from its index.

Finally, Google published a patent application this week on the Google Maps’ Tags that one could advertise with on local search, in System and Method of Providing Enhanced Listings.

The Tags program was discontinued this past April, but there’s some interesting discussion in the patent filing about how Google views businesses as entities that could be associated with location information, with different categories, and even with specific queries.

I’ve written more than a couple of posts about Google and their approach to associating entities with specific queries, and it’s a way of thinking about SEO that probably doesn’t get enough coverage on the Web.

Thank you, everyone, and I’m looking forward to the next thousand posts…