Google Glass also has the potential to work with local/mobile/social technology that Google has acquired through an assignment of 7 patents from deCarta, and alert type virtual post-it notes patented technology from Xybernaut Corporation. You’ll be able to find friends with Google Latitude as well.

We’re also seeing technology developed for Android devices like Google Now and Google Field Trip that are likely to evolve and work well with something like Google Glass.

I’ve written about (and presented upon) some of the patents that Google either acquired or developed for a wearable heads-up display like Project Glass:

Google’s published a good number of additional patent filings, including both granted and pending applications, and some followup continuation patents that update some of the original patents. Given the Google Glass Foundry being held this week in both New York City, and San Francisco, I though it made sense to share a number of the other patent filings that have been published on Google Glass.

I’m going to share these over a number of posts as we get closer to the date that developers will get a chance to start working with the devices. Here’s the first batch.

Many of the recent Google Glass patents give us insight into the hardware behind the Glasses. This first one, which was published on January 24th, 2013, describes two alternative optical systems that might be used to control the display of images on the glasses. The glasses shown in the patent actually have display devices for both the left and right eyes. The demo versions of glasses have only had a display device on onete.de. 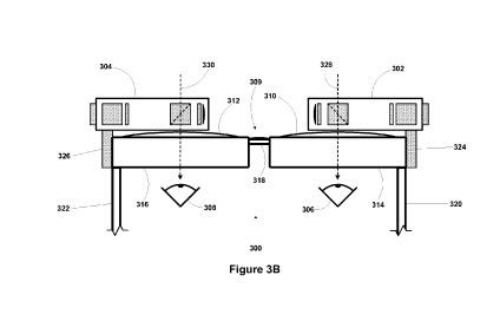 Audio is essential to Project Glass, from voice command and voice searches, to use of the device as a phone, to the running of devices that might play music, and to different alerts that might be triggered. Instead of connecting a pair of speakers or headphones to the glasses, we’re given the following approach: 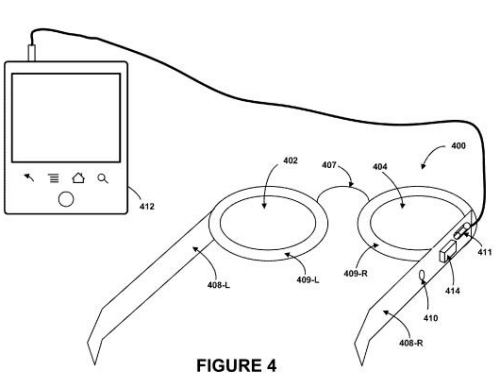 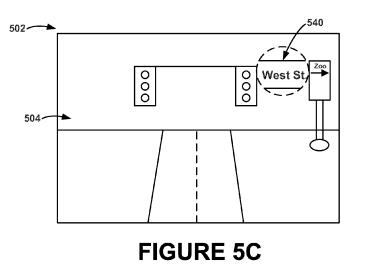 A heads-up display might have a touchpad on a sidebar of the device, or might be connected with another computing device such as a phone or laptop, and use a touchpad connected to those devices to run programs through the heads up display. A video camera (as seen in the image below) may be used to capture real time images that could be “used to generate an augmented reality where computer generated images appear to interact with the real-world view perceived by the user.” 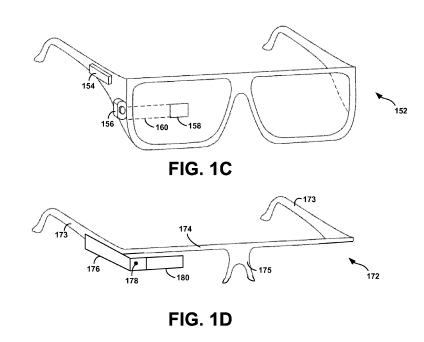 The systems and methods described herein may help to provide for more convenient, efficient, and/or intuitive operation of a user-interface. An example computer-implemented method may involve:

One approach to controlling what Google Glass will do is through verbal commands that could request information to be displayed, or schedule some event, or delete information or control some other action, including running queries on a search engine. Of course, one of the concerns about speech input for glasses is when someone not wearing Google Glass tries to perform commands or queries. As shown in the image below, their “utterances” can be ignored by the device. 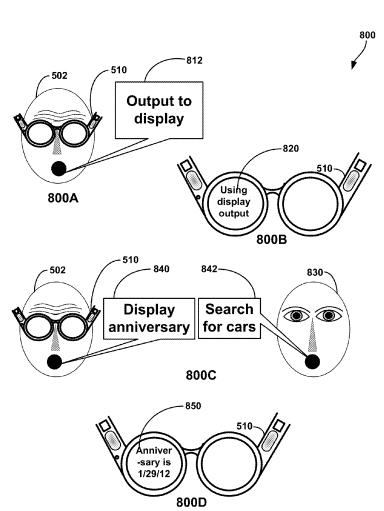 I’ll have some more of the Project Glass patent filings over the course of the week, including one from Google’s Hartmut Neven, who came to Google when they acquired his company Neven Vision, and is the engineering manager for Google Goggles.