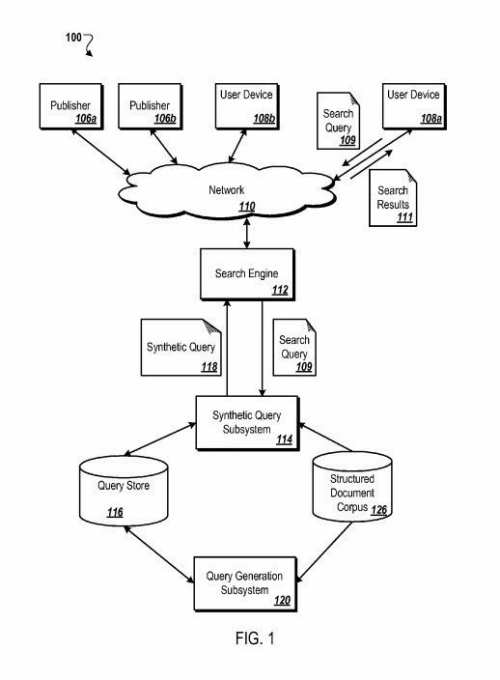 When someone searches at Google, their query might not express the informational or situational need that they have. It might be too broad, too ambiguous, or vague in some other manner. A well-formulated query instead might contain terms returning resources addressing the searcher’s intent, which might be measured by performance metrics. For vague queries, search results that satisfy a searcher’s need for information might not be highly ranked, and may not be presented on the first page of search results. 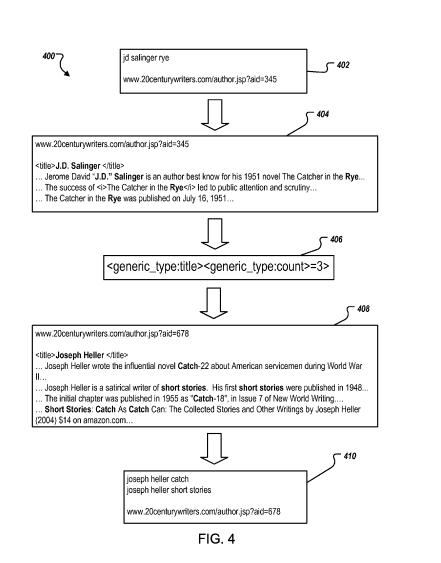 Such suggestions might not work so well when there aren’t similar queries from searchers that have been performed. A patent recently granted to Google describes a way for the search engine to identify synthetic queries, check upon how well they perform, and if they perform well, and to use them:

Many queries performed by searchers are unique, and there might not be “similar” queries to many of them already performed by searchers. A search engine might look for a way to understand what it finds on the web better by performing several searches on its own, in a way that might tend to produce positive and relevant sets of results, much like the well-performing queries identified by searchers. These would start as seed queries.

Seed queries can be machine-generated synthetic queries or they can be searcher queries provided by searchers anonymously. Queries provided by searchers might have their performance determined from anonymous user interactions. If the query performs well, it may be selected as a seed query. That is, if many searchers that enter the same query often select one or more of the search results relevant to the query, that query is can be designated as a seed query. In this case, documents referenced by the “often-selected” search results are also designated as documents corresponding to the seed query.

This process might start by a search engine receiving the set of seed queries that could be associated with structured pages on the sites mentioned above. The search engine might pay attention to the HTML structure and embedded coding of those documents, and the words that appear within that structure on different pages of the site.

From the multiple pages of the site, the search engine might create “query templates” that might correspond to embedded coding fragments, along with a rule associated with these fragments that could be used to create one or more candidate synthetic queries, from that web site.

The “query templates” created could potentially use any of the following:

The query templates would look to see if there are other documents on a site that includes the embedded coding fragment and generating that template to satisfy a template qualification value.

This query template may include a literal and a wildcard – the literal would be a literal phrase found in the structured page, and the wildcard including a type and at least one constraint.

A “constraint” may indicate a context within which the terms appear in the structured page.

Generating candidate synthetic queries can include: 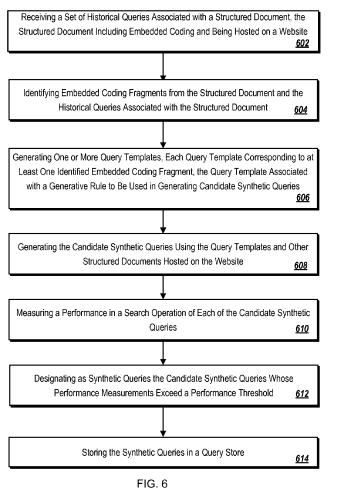 This match might be an exact match, an approximate match, or both.

How good a candidate synthetic query might be is a matter of calculating an IR (information retrieval score) for that query about the page.

The synthetic queries patent is:

Methods, systems, and apparatus, including computer program products, for generating synthetic queries using seed queries and structural similarity between documents are described. In one aspect, a method includes:

When documents are selected as potential sources of information about synthetic queries, there may be a particular subset of pages chosen that have certain common traits. These might be documents that are:

These pages might be structurally similar to one another, and they might include pages relevant to stored seed queries within the documents.

A seed query contains the query terms [Dorothy Parker], and it is associated with a particular web page. The page contains an embedded coding fragment of “<h1>Dorothy Parker–Biography</h1>.”

This includes an HTML tag pair <h1> and </h1> and text fragments from within the text pair – <h1> [ . . . ]–Biography</h1>. This structure is an “embedded coding fragment,” and it can be used by itself, or in conjunction with others on the same page to create a query template.

Another embedded coding fragment on a different page of the same site might be “<h1> Sylvia Plath–Biography</h1>,” and because of the similarity, “Sylvia Plath” might be considered as a candidate synthetic query.

There are additional methods for creating different types of query templates described in the patent as well, that could look to see what words appear in specific types of HTML tags (like the opening and closing tags of a title element), and appear several additional times within the body of a document.

In addition to looking at documents from the same web site, other features might be used for selecting documents as well, such as:

I’ll be spending more time going through this patent and exploring the different ways that it describes the creation and evaluation of synthetic queries.

Given synthetic queries’ potential uses with both query suggestions, search results augmentation, content targeting for advertisements, and generation of more synthetic queries, it’s an area worth spending more than a single blog post upon.

It seems that Google does search Google, to find well-performing queries, even when people aren’t quite searching for those queries yet.

And the use of HTML fragments within web pages, such as heading elements and others, is a part of how these synthetic queries might be found.

18 thoughts on “How Google May Create and Use Synthetic Queries”