Will Google Plus show advertisements one day? If they do, how will they decide upon the ads to show different users of the social network? A 2010 paper, AdHeat: An Influence-based Diffusion Model for Propagating Hints to Match Ads (PDF), described one method of advertising on a social network that was actually tested on Google’s world wide (except for the US) set of Q&A type sites with the code name of Confucius. It also incorporated the Confucius User Rank into displaying those ads. The user rank approach to reputation scoring for Confucius, and for choosing advertisements for users of the system appears to be an method that would work well in deciding upon reputation scores for users at Google Plus.

A Google patent granted in early December, 2012, provides a different approach for showing advertisements and other content items to users of a social network like Google Plus. The patent makes it clear that while the approach described within it might be used for advertisements, it might also be used to show other content as well. 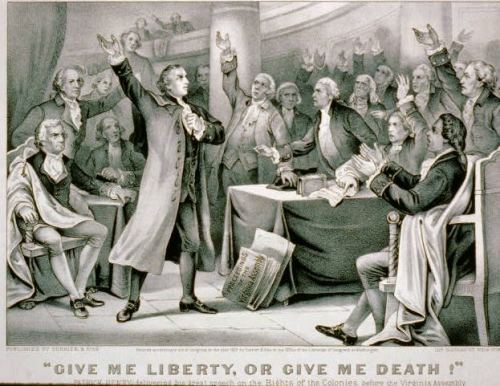 The content displayed to a user would be based upon a viral score, or “content propagation likelihood,” for users, which is the likelihood that content they share, (broadcast, reshare, comment on, endorse, like, recommend) might be spread throughout the user’s social network. Content in the patent is referred to as an entity (e.g., an item of content such as a video, audio clip, news article, photograph, etc.). In most patent filings and other writings I’ve seen from Google about entities, the authors have been referring to specific people, places or things. So, it’s an interesting twist to see documents and other content types on the Web referred to as “entities” as well. Considering they are specific things though, with specific addresses (or URLS), and have their own sets of attributes and properties associated with them, I don’t find it odd to refer to them as entities.

I’m still trying to ferret out exactly how this patent might be applied to content other than ads, but the patent does tell us:

While the following description includes many examples presented in the context of advertisements and makes reference to a user’s “ad propagation likelihood,” the scope of the present disclosure is not limited to advertisements.

Instead, embodiments and features of the present disclosure are applicable to various content items in addition to or instead of advertisements, and thus reference may also be made to a user’s “content propagation likelihood” as well as similar terms or phrases.

Method and system for selecting content based on a user’s viral score
Invented by Ping Wu and Jennifer W. Lin
Assigned to Google
US Patent 8,332,512
Granted December 11, 2012
Filed: September 27, 2011

Methods and systems for selecting and presenting a content item, such as an advertisement, to a user of a social network are provided, where the content item is selected based on a calculated “content propagation likelihood” for the user.

A user’s “content propagation likelihood” is a likelihood that an entity (e.g., video, audio clip, photograph, etc.) will spread throughout the user’s social network, and the social networks of the user’s friends, when the entity is shared (e.g., broadcast) by the user.

A user’s ad propagation likelihood may be calculated using a “share score” and a “reshare score” for the user.

Share score is the probability that an entity (content item) will spread throughout a user’s social network, and the social networks of the user’s friends, when the entity is “shared” (e.g., broadcast) by the user.

Reshare score is the probability an entity (content item) will likewise spread when the entity is “reshared” by either the user, a friend of the user, or another user in the user’s social network.

In a “reshare” situation, the person in question may be someone resharing information over a social network instead of being the one who originally created it or brought it to the social network.

Calculating a user’s “share score” could also involve how connected someone might be in a social network, such as looking at how many other people that person might be connected to, or have some kind of relationship with.

A content propagation likelihood could also be set for specific verticals, such as music, technology gadgets, sports, etc., and/or for a given media type such as images, videos, audio clips, that pertain to a particular user.

Someone who frequently shares content related to music in a social network, and who has friends in the social network who often reshare such content initially shared by the user, may have a high content propagation likelihood for music and other related verticals. This high likelihood could be used to decide that user should be shown advertisements relating to music.

If the content types in question are advertisements, an advertiser might limit the display of the ad based upon certain criteria as well. These might include whether or not the user is: 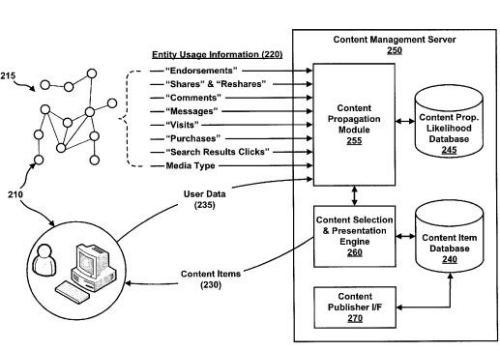 An entity, or content item, might have information collected about its usage, that can include the number of:

The patent tells us that entity (content item) usage information collected isn’t limited to actions and behaviors of just friends of the user in the user’s social network, but also can include friends of friends who may be in other social networks as well. That would fit in with the Katango patent Google acquired from Katango, Automated Agent for Social Media Systems which was published (and filed again as a continuation patent) on January 10th. 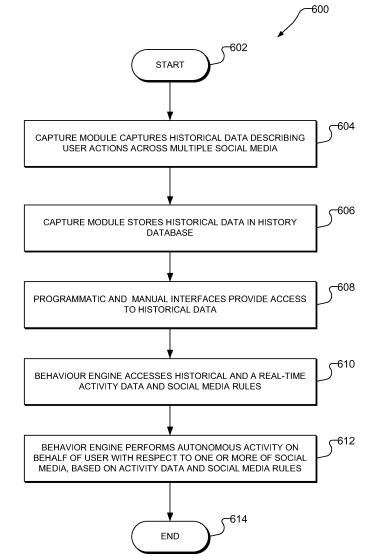 The patent filing describes how a social media agent can log into a social network for a user, with permission to act as him or her, and collect information about the actions and activities of a user’s connections on those other networks. Might this viral score system collect information about activities on YouTube and other social networks as well?

The formula that the patent shows for computing a user’s content propagation likelihood is: 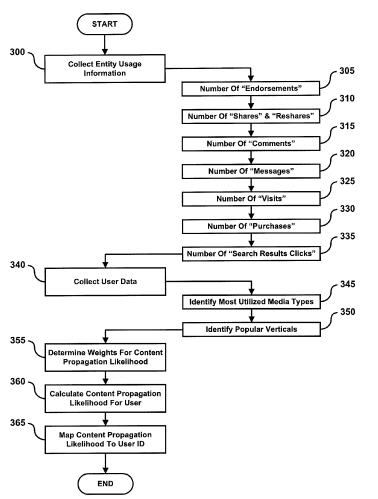 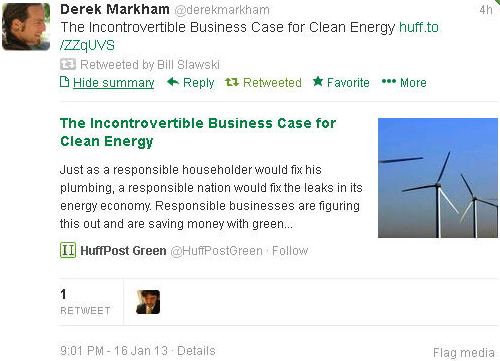 Impact of User’s Taste and Expertise

The patent provides more details on how a viral score for a user may determine what kinds of ads or other content is shown to him or her, and how that score might be used to match up users with advertisements and other kinds of content.

It’s hard to tell if a system like this would be used with a system like the AdHeat one I mentioned above, or independently of it, or if we will even see ads on a social network such as Google Plus.

The patent doesn’t tell us this, but it is possible that information about the use of entities (content items) might lead to user viral scores that could determine the ads that users are shown while searching in Google itself, or on pages displaying Adsense, at least when they are logged in to Google.

Would Google use such a “content propagation likelihood” to show content other than ads to users as well?

I’m guessing that if Google uses a viral score, it’s not going to share the score with us.