There are rumors that Google will be opening retail stores sometime in the near future (some rumors point to next year). The question rises though, what will Google feature in those storefronts? Will Chromebooks be a kiosk filler item? Will we see Android-based phones? Are Google Glass wearable eyeglasses still somewhat far off? Might self-driving cars still face changes in state legislation? Google TV might be a possibility. Home entertainment systems running on Android Hardware could also be shelf stuffers. Or will Google pull out some surprises for us?

Some recent patent filings from Google provide some possible hints at what we might see in Googleshops (or whatever they might be called) at some point if Google does indeed open retail shops. 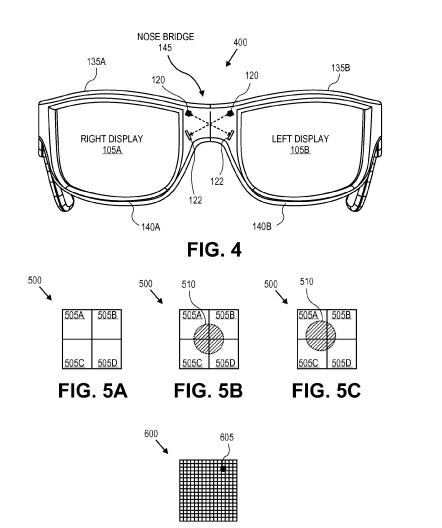 The very first of them is likely still some time off, but interesting in that it details a version of Google Glass with two lenses instead of one. It’s the first patent filing I can recall from Google that actually has Sergey Brin’s name stamped on it as a co-inventor. Keep in mind that the Google Founder has been seen multiple times in public wearing a single lens (monocular) pair of Google Glass, including a recent trip on a subway in New York City. 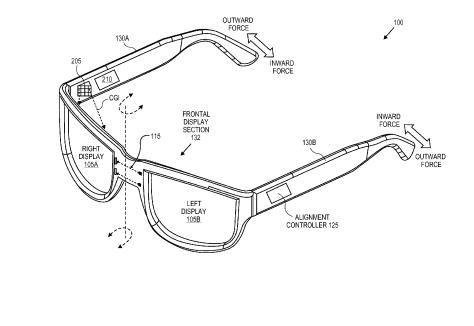 The patent itself describes how a pair of glasses with a display for each eye might be calibrated, with lenses rotated, changes to sidebars behind each ear, sidebars moved up or down, and more. This type of augmented reality glasses is often referred to as a binocular head-mounted display. Misalignment of a pair of glasses like this can cause problems, which this patent addresses:

[0015] One technological hurdle to overcome to further encourage marketplace adoption of HMD technology is identifying and compensating for binocular HMD deformation. Deformation of a binocular HMD can lead to deleterious misalignment between the left and right image displays of the binocular HMD.

These misalignments can result in a blurred or otherwise compromised image as perceived by the user, which ultimately leads to poor user experience (disorientation, dizziness, etc.). Deformation can occur due to a variety of reasons including misuse, poor user fit, nonsymmetrical facial features, harsh environmental factors (e.g., thermal warping), or otherwise. 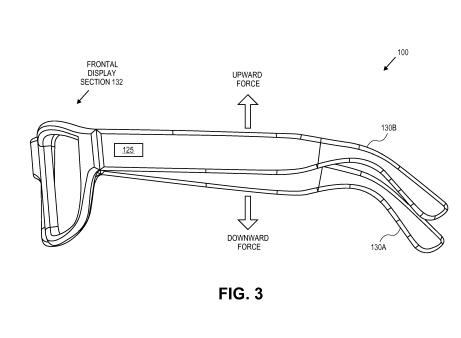 Google was granted two patents today that hint at rules for robots.

The following screenshot from one of the patents shows an android device as a human interface for controlling a robot: 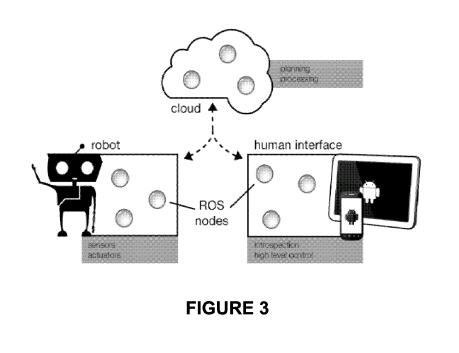 Last October, I wrote about a Google patent that described how Google’s visual search project, Google Goggles might be used by robots to learn about objects that they might have to interact with, in the post Robots Search Google Goggles to Pick New Things Up. Google’s new patents involving robots also describe how cloud computing might play a role in how robots might learn about the objects around them as they work. 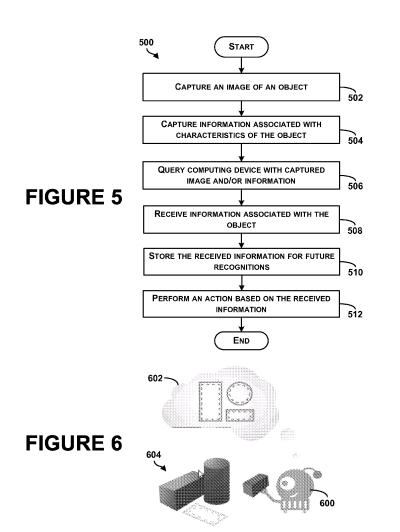 Another issue that might come up with robots is when they are issued two different commands that might conflict with each other. For instance, a robot might be told to clean the floor, but might be interupted by a command to be quiet when guests arrive, and may then stop making noise by cleaning.

The person who issued the command and the guests might move off to another room, and the robot has to decide whether or not it should return to cleaning, even though that might make some noise. The next patent covers those types of situations. 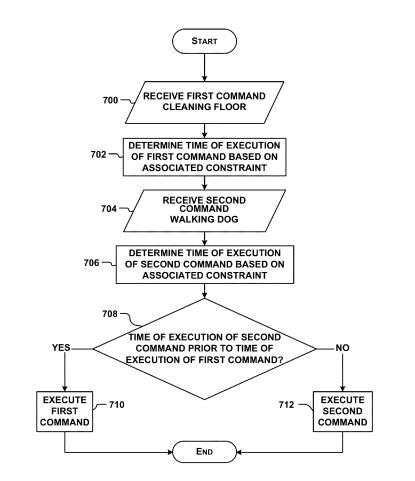 Methods and systems for robotic determination of a response to conflicting commands are provided. The robot may evaluate scenarios using variables related to the contextual/situational data for event outcomes from which the robot can determine which of two or more actions to take, as by prioritizing the actions in order of importance.

This past fall saw some tech blogs reporting about a Google smartwatch and this particular patent, not too long after the patent was filed. I’m not sure if it was disclosed publicly (it could have been), or if the information was shared other ways. On its surface, this watch looks somewhat like a regular watch instead of something out of a Dick Tracey cartoon: 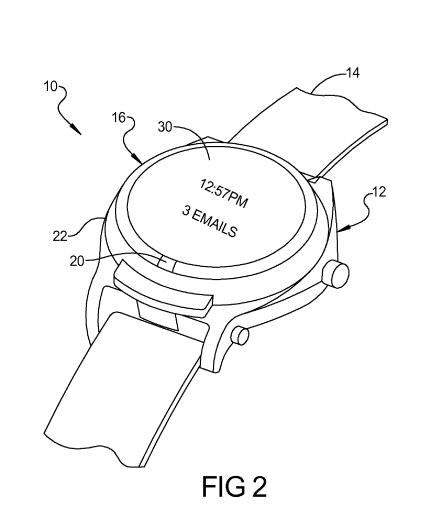 Flip up the cover however, and you see emails, Google Maps, and possibly other information: 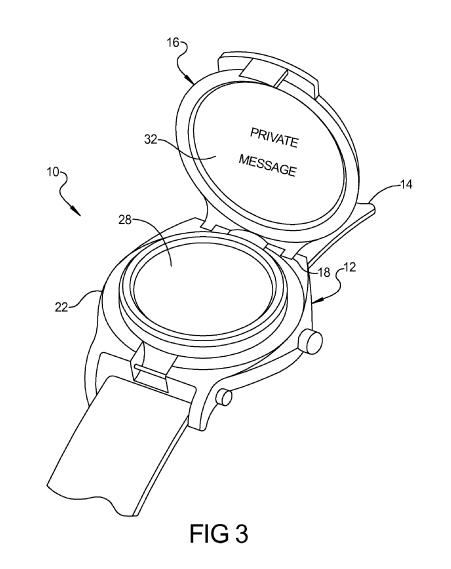 Look through the lens of the watch itself at objects in the world around you, and it might provide details about those that you might not expect: 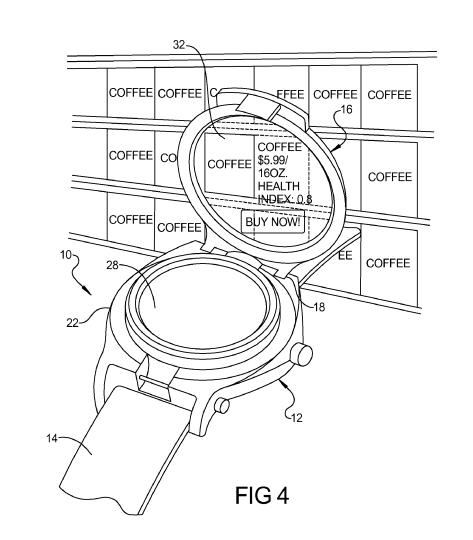 Is that “buy now” in the image above an advertisement?

This smartwatch could potentially also act as a navigational device:

A smart-watch can include a wristband, a base, and a flip up portion. The base can be coupled to the wristband and include a housing, a processor, a wireless transceiver, and a tactile user interface. The wireless transceiver can be configured to connect to a wireless network. The tactile user interface can be configured to provide interaction between a user and the smart-watch.

We don’t know what the inventory of Googleshops (again, my term) might include, but we just might see one and two lens smart glasses, robots that can make decisions on their own, and smartwatches. It should be an interesting place to shop.

12 thoughts on “Inside the Google House of Ideas: 2 Lens Glass, Google Robots, and Smartwatches”