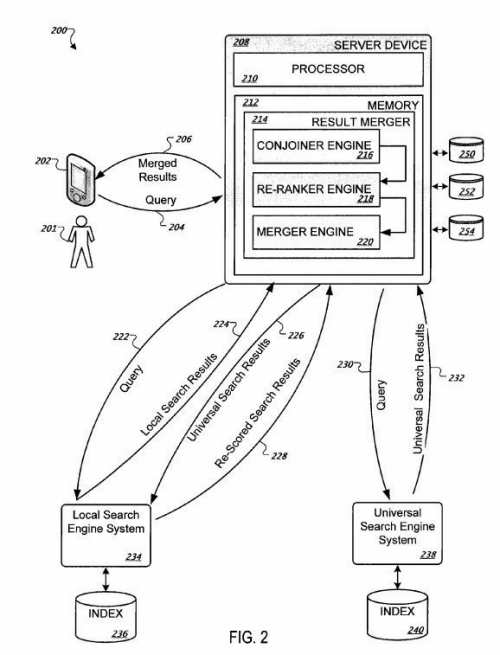 Google has come under fire the last year or so from critics who claim that the search engine has been providing too many pages from some of the same domains in search results. It appears that this has had them looking at ways that they could provide more diversity within those results. A patent granted to Google earlier this year describes one approach that could have an impact on both local search rankings and Web rankings for authority pages for business entities to create more diverse search results.

In the past, I’ve written about How Google Universal Search and Blended Results May Work, describing how Google might decide when and where to include multiple listings within Web search results from different vertical search types, such as local results, images, news articles, videos, and others. Each of these different types of results might be ranked based upon their relevance to a query, and might be included within results based upon how meaningful those results might be to the query and the intent of a searcher.

END_OF_DOCUMENT_TOKEN_TO_BE_REPLACED

There’s also a part to this approach that recognizes that many pages have more than one link to them, so a choice would need to be made as to the best “snippet” to show.

END_OF_DOCUMENT_TOKEN_TO_BE_REPLACED

My neighbor has run over my last two phonebooks, and rendered them virtually unusable. We share the same driveway, and it appears that running over phonebooks, and then backing up to make sure they are really dead has officially become a custom in Virginia, or at least in my neighborhood. It’s OK though, since I can’t remember the last time I’ve used a phone book. I may have a couple of times earlier this century, but I’m not sure. I definitely haven’t used one in in the past couple of years (my neighbor keeps killing them).

On the Fourth of July, Apple published a patent application that describes Routes based on User Ratings and Real Time Accident Reporting. Both Apple and Google have been using GPS information to monitor and report upon gridlock and traffic speed estimates, but imagine both providing a richer and fuller social experience involving the world around them. Imagine being able to choose different routes and see social annotations added to different options on those routes. Here’s a screenshot from Apple’s patent filing: 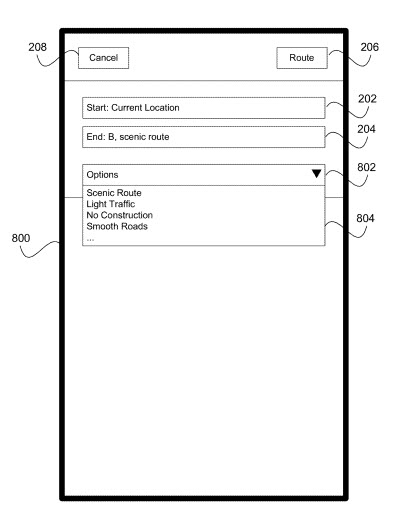 END_OF_DOCUMENT_TOKEN_TO_BE_REPLACED

Google was granted an updated version of a patent this week that looks at how the search engine might use directories in URL structures to help it better understand the categories on a Web site, and to categorize new pages and directories that might be added to a site. The patent tells us that this might enable the search engine to add supplemental information to pages, such as advertisements that fall within the categories displayed upon the site.

Imagine that you have a site about car parts, and you decided to organize the pages of the site first by car make, so the main categories on your site are different brands, and your second level of directories is organized by car models. You might then have sub-sub-categories that are organized by different systems within cars, such as “electrical,” “transmission,” “cooling,” “suspension,” and so on. URLs for a couple of your pages might look like:

END_OF_DOCUMENT_TOKEN_TO_BE_REPLACED

In the very near future, you may be able to perform searches at Google without bothering to type or speak a query. Instead, you might be able to just shake your phone, or hold down a button for a certain amount of time, and tell your phone something like “search now”. Known as parameterless searches, this type of search can depend upon the context within which the search is performed. 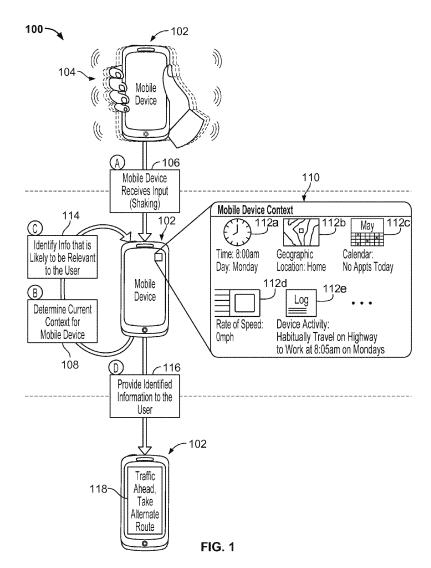 For instance, imagine being driven to work at 50mph, and you shake your phone. It tells you that there’s congestion ahead, and offers an alternative route.Or it shows you a map with color-coded traffic information for different streets nearby according to traffic conditions. Or, you may have an appointment with a client made by email and included on your calendar, and you want to find and check the email to make sure that you have the right phone number. It could show the number and offer to make the call on your behalf. If you regularly take a train at around 8:00 am on weekday mornings, shaking your phone at 7:50 am might trigger a realtime schedule for the rails.

Context information for a parameterless search could include things such as: