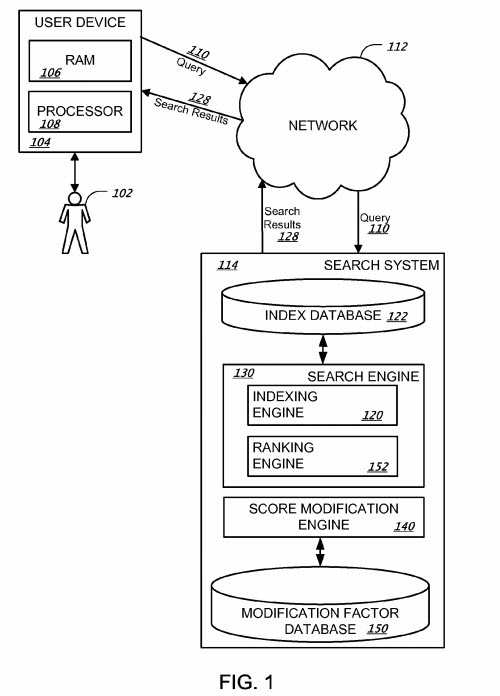 Changes to the Panda Patent, Behind Google’s Panda Update

Added 3/4/2022 – A lot of information has come out about this patent, and it is worth sharing because it has had a huge impact on SEO. The changes are worth sharing, and I am going to post many of them at the start of this post.

Google does not rank sites because of Brand Mentions from this Patent (What Brand?)

Google does not rank pages from this patent because of Implied links.

The patent calculates a Ratio from the independent links and the reference queries and uses that to modify the quality of pages, and low-quality pages move down penalized, and high-quality pages move up and rank higher because of it.

I’ve broken it down into more parts. Stop thinking that a patent with the Name “Ranking Search Results” is talking about a ranking factor every time it talks about implied links or reference queries because it is all about the Ratio, and only about the ratio.

Said about the ratio in a slightly different way in the patent:

One of the most impactful updates at Google was the Panda Update, released into the world in February of 2011 and affecting almost “12%” of all search results. In a Wired interview of Google’s Amit Singhal and Matt Cutts, TED 2011: The Panda That Hates Farms: A Q&A With Google’s Top Search Engineers, the name of the update was revealed to be taken from a Google Engineer that played a significant role in its development:

Wired.com: What’s the code name of this update? Danny Sullivan of Search Engine Land has been calling it Farmer’s because content farms’ apparent target.

Amit Singhal: Well, we named it internally after an engineer, and his name is Panda. So internally, we called a big Panda. He was one of the key guys. He came up with the breakthrough a few months back that made it possible.

There were at least a couple of search engineers at Google with the last name of Panda, and a review of what either had written led to some interesting information but not much about the Panda Update itself. At some point in time, Google’s Navneet Panda included the following statement on his Google Plus About Page:

I’ve been looking for any patents from Google that have his name on them, and one was granted today.

Methods, systems, and apparatus for ranking search results, including computer programs encoded on computer storage media. One of the methods includes:

It will take a while to drill down into the process described in this Ranking Search Results patent and make sense of how it might work, but I’ll tackle that. A quick run through the claims and the description section of the Ranking Search Results patent reveals some exciting details. While this is the first published or granted patent we’ve seen from Navneet Panda, that doesn’t mean that he doesn’t have others that are presently being prosecuted by the patent office, either.

The Ranking Search Results patent appears to describe some ranking of pages based upon classifying them by looking at the links pointing to them, the queries that refer to the pages, and how well the pages fit as navigational queries for those queries.

*It appears that Navneet Panda removed his “bragging rights” section on his Google Plus profile after this post was published, which claimed that he was the “Father. Author of the Google Panda Update.” I had made a copy, so I included that here.

I also followed up this post with another one that I called: Is Ranking Search Results in the Panda Patent? I will likely update that post to provide more details about referring queries and Independent Links and the ratio between the two used as one of the first quality tests to improve the rankings of sea5rch results at Google.