Many patent filings I’ve written about from Google address webspam. They also look at how search engines may follow approaches to keep search results from manipulation. An early example is the patent from 2003 titled Methods and systems for identifying manipulated articles. 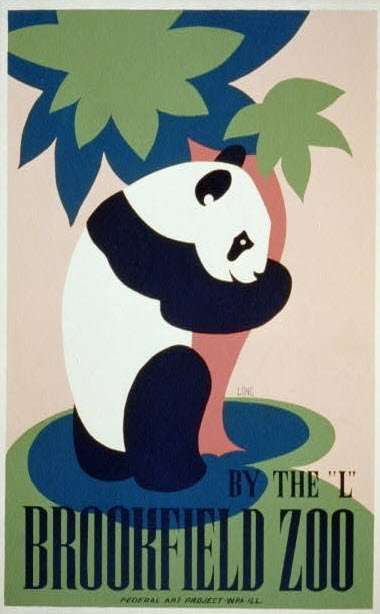 But many of the patents I’ve written about involve Google trying to improve the quality of search results for searchers.

One of Google’s first patents (remember that PageRank was Stanford’s patent and not Google’s) involved looking at a top number of search results in response to a query, and boosting some in search rankings for that query if they were linked to by other top-ranking results for the same query. That patent, Ranking search results by reranking the results based on local inter-connectivity, was aimed at improving the quality of the top-ranking results.

Google’s Phrase-Based Indexing patents involve meaningful words and phrases that tend to co-occur in the search results for a specific query. The rankings of those Pages could be boosted when those phrases do appear or boosted by how much weight is passed along through anchor text using one of those related co-occurring terms. These are search quality patents.

There are several phrase-based indexing patents, and there’s at least one of those that also addresses Web Spam by checking to see if there is a statistically abnormal amount of co-occurring words from the results on a page. So, the phrase-based indexing approach also included a way to detect web spam as well.

The patent does list only one “advantage” to following the process it describes:

Before the Panda update, there had been many public criticisms of the quality of search results showing up in searches at Google.

Here are a few examples:

December 13, 2009 – Dishwashers, and How Google Eats Its Own Tail – Paul Kedrosky

Google has become a snake that too readily consumes its own keyword tail. Identify some words that show up in profitable searches “from appliances, to mesothelioma suits, to kayak lessons churn out content cheaply and regularly, and you’re done. On the web, no-one knows you’re a content-grinder.

From my analysis of Demand Media and similar sites, such content is very generic and lacks depth. While I wouldn’t go as far as wikiHow founder Jack Herrick and say that it “lacks soul,” it certainly lacks passion and often also lacks knowledge of the topic at hand. Arrington’s analogy with fast food is apt – it is content produced quickly and made to order.

But this year it hit home just how badly Google’s systems have been spammed, as typically anything on Page 1 of the search results was some form of SEO spam – most typically a site that doesn’t sell you anything, just points to other sites (often doing the same thing) while slipping you some Ads (no doubt sold as “relevant”). The other main scam site type is one that copies part of the relevant Wikipedia entry and throws lots of Ads at you

Like any sane person, I’m rooting for Google in this battle, and I’d love nothing more than for Google to tweak a few algorithmic knobs and make this entire blog entry moot. Still, this is the first time since 2000 that I can recall Google search quality ever declining, and it has inspired some rather heretical thoughts in me — are we seeing the first signs that algorithmic search has failed as a strategy? Is the next generation of search destined to be less algorithmic and more social?

It’s a scary thing to even entertain, but maybe gravity really is broken.

Google could certainly do that. They could stand up and say that fast food content from Demand Media wouldn’t gain prime SERP real estate. Google could optimize for better instead of good enough. They could pick fine dining over fast food.

But is that what the ‘user’ wants?

As you see from those quotes, there was a sense of Google results being broken, and showing results more focused upon matching queries than returning quality results.

These criticisms were heard, even at the Googleplex. In February of 2011, the Official Google Blog told us of an update in Finding more high-quality sites in search. This change covered a fair number of searches, and was aimed at surfacing higher quality content:

But in the last day or so we launched a pretty big algorithmic improvement to our rankings ”a change that noticeably impacts 11.8% of our queries” and we wanted to let people know what’s going on. This update is designed to reduce rankings for low-quality sites” which are low-value add for users, copy content from other websites or sites that are just not very useful. At the same time, it will provide better rankings for high-quality sites with original content and information such as research, in-depth reports, thoughtful analysis and so on.

My question, after watching the Panda update and reading a lot of threads in forums and other places about sites impacted by Panda, and working on sites that were, is whether the patent from Navneet Panda describes the update, and attempts to improve the quality of search results.

Here’s a quick summary from the patent of what happens in the process it describes:

So the patent has multiple parts, which work together.

The first involves looking at the links pointing to the pages of a site, and removing all of the backlinks that look like they might be affiliated (under co-ownership or control) with the site, or reducing the number of independent links to account for things like site-wide links. This may be done to get a sense of how many different unrelated pages and sites are linking to the pages of this site, the more independent links from more sources could be seen as a sign of quality.

The second is an analysis of whether or not pages appear to be targeted at specific referring queries. While it’s not unusual for someone doing SEO to a site to try to make every page on a site a potential landing page, many of the sites that we refer to as content farm sites often use every page to target highly commercial queries and multiple variations of those queries. So a content farm type of site might include many pages that attempt to refer to a lot of queries.

This number based upon the links and the queries would then be multiplied by a score that has been modified by whether or not each page is seen as a navigational type result for a query term or phrase. The more it is like a navigational term or phrase, the higher this part of the score. The final score could boost ranking scores for some results and diminish scores for other results.

Groups Rather Than Pages

Instead of targeting specific pages or sites as many ranking algorithms do, the patent tells us that it looks at “groups” of resources. A group might be defined in several different ways. Resources within groups can only be included in one group.

Under this approach, one website might be broken into more than one group or might be part of a group that contains more than one web site. To rank the pages within these groups, the ratio of independent links to reference queries might be multiplied by a score involving navigational signals to determine a final rank.

If the purpose behind this patent is to rank pages higher that are higher quality, one way to do that is to look at the number of independent links to those pages, or groups of pages.

For each of these groups of resources, the patent tells us that it might count the number of links to those groups – but not all of the links. And not necessarily express links – links that you can click upon to get to another page. It might also count implied links, which sound more like what we often tend to refer to as citations. An express link can be used to navigate to a place, where an implied link can’t be clicked upon to bring a person to the target of that link.

Why doesn’t the patent mention PageRank? Both this metric and PageRank are supposed to be signals of quality, but not every signal from Google has to include PageRank. This reliance on independent links eliminates the benefit of having a site with lots and lots of pages to be linked to from the same site or sites that are under the same ownership or control. Or linked to sitewide from other sites.

Determining that links from one group to another are not independent links can also involve determining that those groups of resources are likely to be related, such as owned, hosted, or created by the same entity.

If the resources have similar or identical content, or images, or formatting, or CSS or so on, their similarity is another sign that the resources are not independent.

Where there may be multiple links from one resource to a targeted group, only one of the links might be counted as an independent link. Though it’s not said in the patent, this could keep site-wide links from being counted more than once.

In addition to an analysis of the links pointing to the different reference groups, this process also looks at the pages of the site, and the queries that each might be targeting. How well do those pages satisfy those queries?

In the post, How Google May Identify Navigational Queries and Resources, I wrote about how Google used a document classification approach to determine whether or not a page was one that searchers entered a query for, expecting to find a specific page, such as the official homepage of the product or service included within the query.

To a degree, this kind of inquiry isn’t too different than the set of questions that are raised in Amit Singhal’s Official Google Blog post, More guidance on building high-quality sites. Such questions were worked into an analysis of a site at a stage like at this point, though the patent doesn’t refer to them specifically.

One of the methods includes:

Chances are that Google tweaked and changed the Panda Algorithm in the weeks and months after it was first applied, and may have made many changes to it as it went through an initial beta period.

I’ve seen several denials from people about this particular patent describing the Panda update since I wrote about finding it last week in Googleâ€™s Panda Granted a Patent on Ranking Search Results. These denials were based upon the existence of a link analysis described within the patent, without looking more closely at the actual process involved, and claiming that the patent more likely detailed the Penquin approach than the Panda approach.

But the link analysis here involving independent links, and referring queries are more of an attempt to gauge the quality of a site than the backlink profile of that site. The “navigational” query analysis that could involve issues such as the example 23 questions that Amit Singhal provided us with also attempts to understand the quality of pages.

I ask, with the title of this post, if this patent is “really the Panda Patent”, but I do think it is. But I am open to the possibility that the Panda Updates followed a somewhat different course as they were implemented and tested.

61 thoughts on “Is This Really the Panda Patent?”