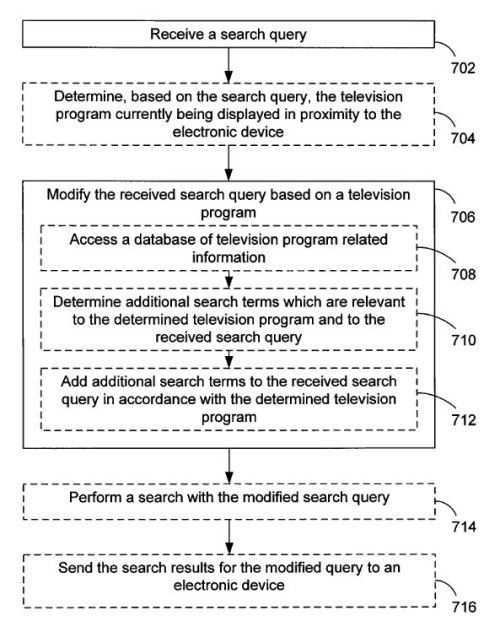 I’m going to have to turn up the sound on my TV, and decide what to watch, and test this. It would be very interesting if it works. Is Google clued into what you are watching on TV? If so, is that through a set-top box, or an internet-enabled television?

If true, will this change the way that I do keyword research? Will it alter how I create content for the web, or decide upon page titles or meta descriptions? I’m not sure, but I am surprised.

The patent says that it might watch what’s on TV in your area, and look for queries related to that information. If someone searches for “Eagles” and there’s a documentary about the band, the “Eagles” playing on TV in your area, that signal that may influence the search results you receive.

A computer-implemented method for using search queries related to television programs. A server receives a user’s search query from an electronic device.

We do know that Google Now can listen to TV and identify shows that are presently on:

The Patent does tell us that sometimes people perform queries based upon what they are watching on TV, and it might use information about what TV shows are playing in the location of the viewer to see if they can personalize their query results for that viewer based upon that information. Here’s an example from the patent:

For example, given that the Porsche model in question is a “911 Turbo,” and that the user executed a search query for “Porsche,” the server can return information about one or more of :

In this way, implementations provide enhanced search results to viewers of live TV that are relevant to the content of TV programs that they are watching or are likely to be interested in watching.

This could make watching TV a very different experience if you could ask Google questions about the shows you might be watching on TV, and it could give you reasonably good answers. 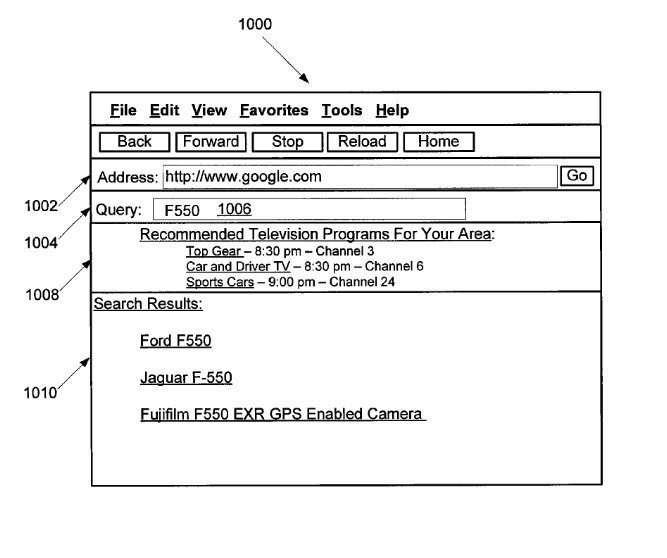