Sometimes, I run across a patent that provides details on things that Google might do but only hints at whether or not it might actually be implemented. For example, a few years back in 2007, I wrote about a Google patent for Agent Rank, which described reputation scores for authors (to be used as an alternative to PageRank), and looked like an important part of Google’s social network, Google+. It was referred to in the patent as “Agent Rank,” and people commenting upon it started referring to it as “Author Rank.”

It seemed like a good description of how some people you may have connected within Google+ were showing up in response to queries they had some expertise within. Unfortunately, there may have been issues with Google’s version of Agent Rank that the search engine wanted a second bite at. Google has since removed the Photos that were showing up for authors whom you might be connected to, who may have been highly ranked, seemingly based upon a reputation score, for a topic related to a query that you might perform.

Some people wrote that while this authorship markup was removed, and author photos associated with it, the author rank scoring system that came with it was still around, like this Search Engine Land article: Google Authorship May Be Dead, But Author Rank Is Not.

A short time after Google stopped having people add authorship markup to pages and showing author badges next to content from people whom you had connected within Google+, I ran across a patent that hinted that Google would still show content from people whom you might be connected within Google+ on topics that those authors might be considered “Authoritative” for a specific topic. I wrote about that patent in a post titled, Has Google Decided that you are Authoritative for a Query?

Today, Google was granted a patent that appears to be related to that one, which shares 4 inventors with that authoritative query patent.

The images from the patent show off profile images and snippets of “prominent people in response to specific queries, which look like they are related to the topic of a query, rather than just a profile image of a person whom you may have connected with. This appears to be an improvement over the Agent Rank approach because it provides information about why someone might be displayed as having some level of expertise in response to a query that you perform. But, again, that’s much better than just an image of someone you may have connected within Google’s social network and randomly placed within a circle.

It’s worth looking carefully at this patent and seeing if it is a follow-up to Agent Rank or Author Rank. For example, the rankings of pages in search results might be partially based upon a reputation score associated with an individual on a specific topic.

The patent starts by defining the purpose of search engines as identifying resources relevant to a searcher’s needs and presenting information about those resources in a way that might be most useful to that searcher. 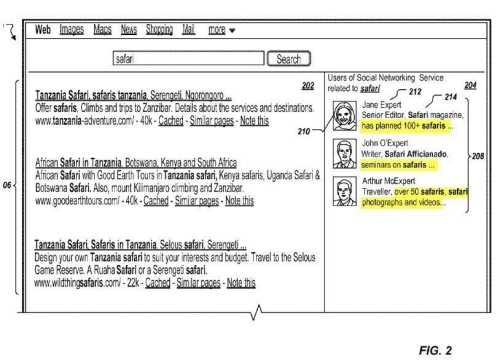 The patent tells us that the advantages in using it include:

A Snippet Presents a Difference

One place where this differs from the agent rank patent is in the display of a snippet. A snippet is a text that provides a pseudo-biography of an authorized user concerning a search query. The snippet may include partial sentences or sentence fragments, making it look like a pseudo-biography instead of a biography with complete sentences.

This rating system based upon authoritativeness may include each profile section that “reflects the importance of the particular profile section to other profile sections.” Thus, for example, they could be ranked in this order, or others: “occupation, education, work experience, personal biography, hobbies, employment, and places lived.”

The snippets that show up together with an image of a person could come from any digital content from the authoritative user from within the social network.

That digital content might be processed to clean it up before it’s used as a snippet. This can include “removing redundant punctuation, offensive words, hyperlinks and the like. It might be sorted based upon the importance of the different profile sections or may come from one user’s digital content.

Potential Snippets may include snippet pieces that might be relevant to a particular triggering query.

The patent provides some examples of these snippet pieces. 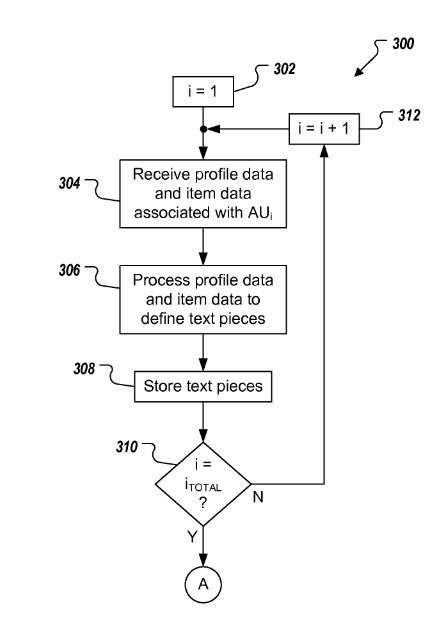 Synonyms might be used from these different snippet pieces to build better snippets:

The related patent I mentioned above told us that Google might associate particular queries with particular authoritative users. This patent doesn’t tell us how those associations are made but rather focuses on the snippets that might be shown with these users. Those snippets provide information that shows off expertise in the query these authoritative users are shown for.

I searched to see if there seemed to be any related patents at the USPTO that might be related and show off more aspects of the process described in these patents. Unfortunately, I didn’t see any, but they may be there.

The Agent Rank patent provided a lot of information about the possibility of using a reputation score being used to rank content created by those users. However, these patents don’t tell us how those might be ranked but tell us how potential snippet content from a person’s profile or content might be ranked to use in snippets for different queries.

These patents may indicate a second attempt to present something like Agent Rank, but Google seems to be not presenting too much of the processes behind the scenes. For example, the kind of reputation scoring found in the original agent rank patent provided a way to rank content based upon reputation scores that might be associated with writers and their expertise on topics. That is an interesting way to rank and order content found on the Web, and it would be nice to see that approach kept with this version of Authoritative Users of a social network.

17 thoughts on “Is An Improved Version of Agent Rank Returning to Google?”