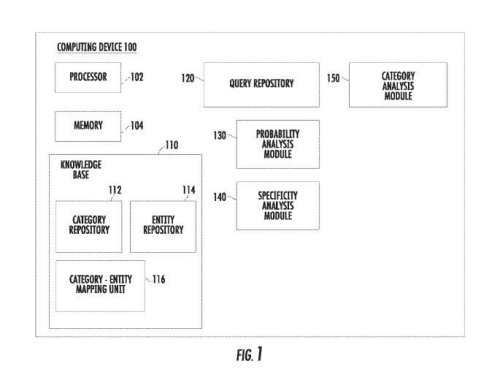 How Google May Use Synonym Substitutions to Rewrite Queries

A couple of months ago, I wrote about a Google patent that involved rewriting queries, titled Investigating Google RankBrain and Query Term Substitutions. There’s likely a lot more to how Google’s RankBrain approach works, but I came across a patent that seems related to the patent I wrote about in that post and thought it was worth sharing and starting a discussion about. The patent I wrote about in that post was Using concepts as contexts for query term substitutions. The title for this new patent was very like that one (Synonym identification based on categorical contexts), and the more recent patent was from December 1st of this year.

The new synonym substitutions patent starts by describing a scenario that is a good example of how it works. The inventors tell us:

For example, learning that “restaurants” is a good synonym for “food” in the query [food in San Francisco] is relatively straightforward because the volume of query traffic, including the query term “San Francisco,” is huge. For much smaller cities, such as Grey Bull, Wyo., the query stream may have never seen any supporting evidence for this synonym substitution.

Both cities are entities that fit into the same category. That of “Cities” means that they could potentially be good synonyms for each other. That’s what the inventors of this patent tell us specifically, using the San Francisco and Grey Bull example:

For example, if “San Francisco” and “Grey Bull” are both cities, and “restaurants” is a good synonym for “food” in queries about San Francisco, the synonym relationship may apply to queries related to “Grey Bull” as well. Thus, the category “city” may be a useful category when identifying synonyms for query expansion in the circumstances such as this.

So, we are told that the process involved in this synonym substitutions patent is to identify categories from a knowledge base involving several entities. Other entities within that same category could be synonyms for each other in similar contexts. Thus, the process from the patent involves identifying those entities from a query stream and identifying the category as one that they call a “coherent” category.

The patent tells us that a coherent category is one in which a certain threshold of terms tends to co-occur in a query stream involving those entities. The patent tells us, for instance, that a category that might include entities that are cities, villages, and towns. They might see a lot of co-occurring terms involving hotels and roads. If the number of co-occurring terms appearing in that query stream meets a certain threshold, it would be a coherent category. The entities from the same categories could then be synonyms for each other.

The synonym substitutions patent in question is:

When I wrote about the query term substitution patent I refer to at the start of this post, I included several examples of re-written queries based upon some substitutions of query terms. Those may have seemed reasonable to a search engine looking at words that tended to show up, or co-occur, in a query stream involving those search terms.

That patent didn’t use the term “co-occur,” nor did it explain how a knowledge base might substitute entities that might be in the same categories like this one does. The idea that a shared context like entity categories can trigger synonym substitutions in a query is interesting.

Synonyms in Search Show Up Frequently

It’s worth spending time with both patents and reading through each of them many times, and thinking about how they are being used.