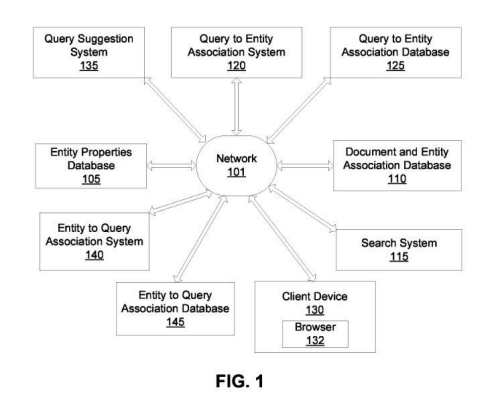 3. Relevant searches you’ve done in the past (if you’re signed in to your Google Account and have Web & App Activity turned on).

Note: Search predictions aren’t the answer to your search, and they’re not statements by other people or Google about your search terms.

A website named SourceFed produced a video that claimed that Google was intentionally manipulating search results to make Hillary Clinton look good because it wasn’t showing results tied to her name that SourceFed insisted Google should be showing.

SEO Consultant Rhea Drysdale posted a response on Medium that shot holes in their argument. Rhea started with:

The process described in this patent provides search suggestions to searchers using a query to entity mapping intended to show off new aspects of entities and queries to provide improved search results to searchers. This is a fairly complicated process and is worth looking at to get a better sense of what is going on behind the curtains when Google does what it does so that we don’t make assumptions that might not be very good when it doesn’t do what we expect it to be doing.

When we search for Hillary Clinton in a Google Search Box, we see many query terms that Google presents as autosuggestions. 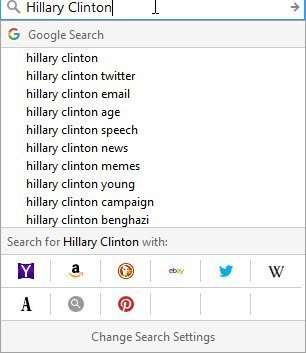 When we choose one of those, like the term “email,” we see some additional words added to that query term: 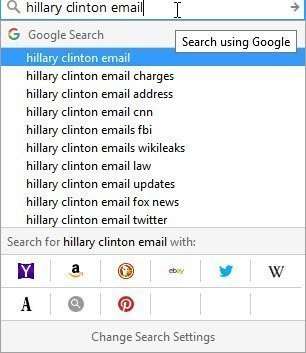 If we follow the suggestion [hillary Clinton email charges], we see a story that is about the possibility of criminal charges being filed against the candidate: 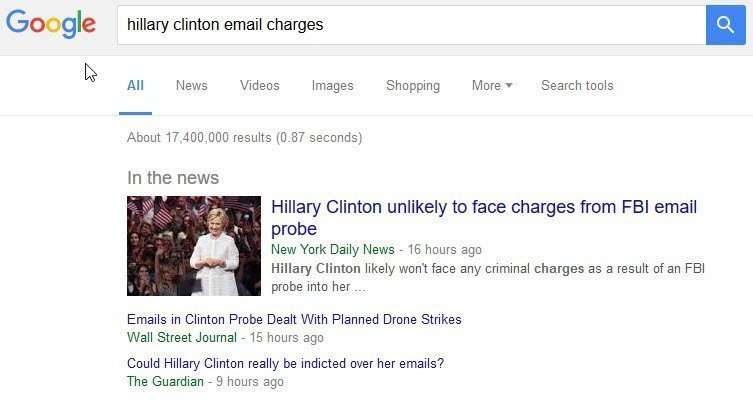 Google’s algorithm chose to map a query to the entity “Hillary Clinton” that used the terms “email charges” rather than “criminal charges,” as SourceFed was guessing should be how Google would map the topic of that query. Sourcefed didn’t map out the query the way Google did, but Google did have autosuggestions that covered that topic. If we compare Google trends information for both terms added to the entity “Hillary Clinton,” those terms seem to be close to each other in regards to how much interest searches appear to have shown for each of those queries: 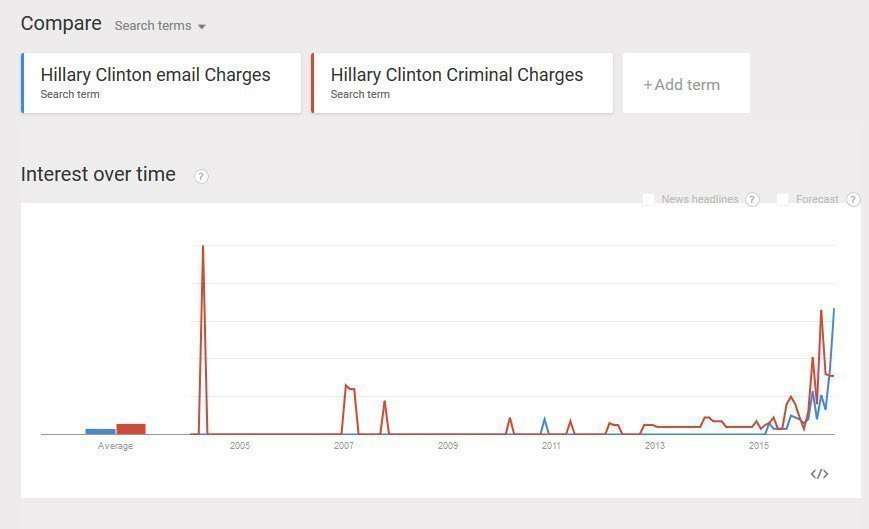 I was left wondering why this patent doesn’t discuss trends and if I would have to look for another that did (I chose to do that.)

The Entity Search Suggestions patent doesn’t mention the use of Google Trends to identify queries to map to entities. Still, we do know that Google Trends have used the Machine Identification numbers that would be assigned to entities at FreeBase.

This Entity Search Suggestions patent does tell us that properties associated with some entities may be identified at online encyclopedias such as Freebase, and entities may be assigned unique entity Identifiers.

This patent focuses on how it might help tell one entity from another using properties associated with different entities. It uses the Entity “Sting” as an example, since there are a well-known musician and a well known professional wrestler who both use that name, and they are different people:

The query to Entity Search Suggestions described in this patent is based upon terms describing properties found in a knowledge base such as Freebase that can help tell that one is a musician and an athlete. Using an autosuggest based upon using properties to find query terms to map to the entity shows how query terms may be selected carefully.

This Entity Search Suggestions patent is telling us that autocomplete suggestions may be customized or personalized but could use trends in word usage when they offer suggestions:

So, the “trend” information used in autocomplete for most people may not quite be the same that is shown in Google Trends but may be customized for
each searcher performing a search.

Regardless of which autocomplete process Google is following; Rather than charging Google with showing a bias, it may be best to see what Entity Search Suggestions Google provides and see what range of topics and concepts that those cover, instead of expecting certain words to show up, like in this instance were “email charges” was a suggestion and “criminal charges” wasn’t. Still, Google appeared to be covering very similar concepts with those suggestions.

Google wasn’t purposefully avoiding a topic; it was just using words it preferred to offer as a query suggestion.

Added – June 5, 2019. I just noticed that Google is showing images of entities in search results and remembered this patent. The patent tells us that:

. For example, in some implementations, one or more images of an entity and/or related to an entity may be provided in an entity summary.

Google hadn’t been showing many images in dropdown query suggestions, but they have increased how many they are now showing. The labels for the entities and images appear to be the entity type assigned to the entities being show (you can see those in the knowledge panels for them.) 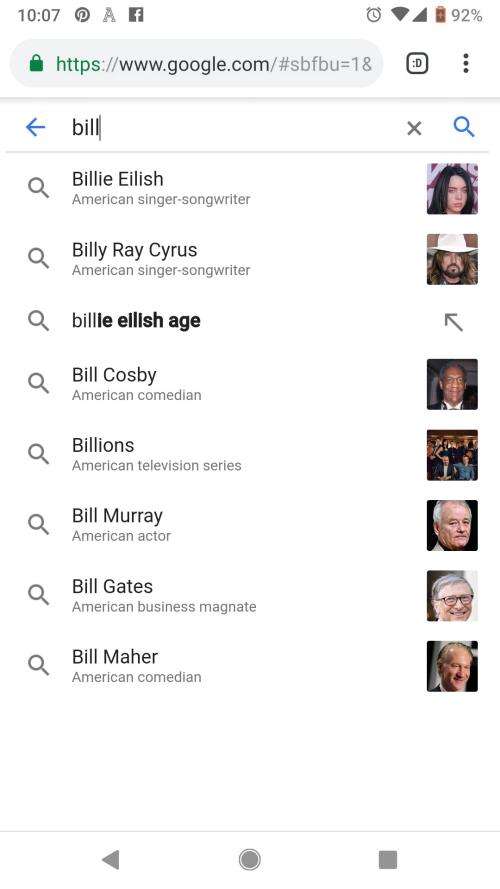