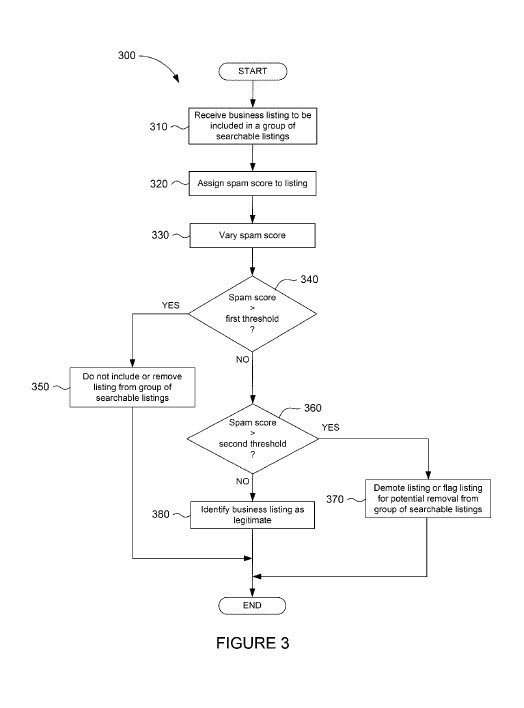 Four years ago, I wrote a post about a Google patent titled, The Google Rank-Modifying Spammers Patent. It told us that Google might be keeping an eye out for someone attempting to manipulate organic search results by spamming pages, and Google may delay responding to someone’s manipulative actions to make them think that whatever actions they were taking didn’t have an impact upon search results. That patent focused upon organic search results, and Google’s Head of Web Spam Matt Cutts responded to my post with a video in which he insisted that just because Google produced a patent on something doesn’t mean that they were going to use it. The video is titled, “What’s the latest SEO misconception that you would like to put to rest? ”

I’m not sure how effective the process in that patent was, but there is now a similar patent from Google that focuses upon rankings of local search SEO results. The patent describes this fake business spam detection problem in this way:

The business listing search results, or data identifying a business, its contact information, website address, and other associated content, may be displayed to a user such that the most relevant businesses may be easily identified. In an attempt to generate more customers, some businesses may employ methods to include multiple different listings to identify the same business. For example, a business may contribute a large number of listings for nonexistent business locations to a search engine, and each listing is provided with a contact telephone number that is associated with the actual business location. The customer may be defrauded by contacting or visiting an entity believed to be at a particular location only to learn that the business is operating from a completely different location. Such fraudulent marketing tactics are commonly referred to as “fake business spam”.

This fake business spam detection patent tells us that search engines will sometimes modify how they rank businesses to keep fake businesses from showing, and they want to stop people from spamming local search results. The patent developed in response to fake spam business listings Is: 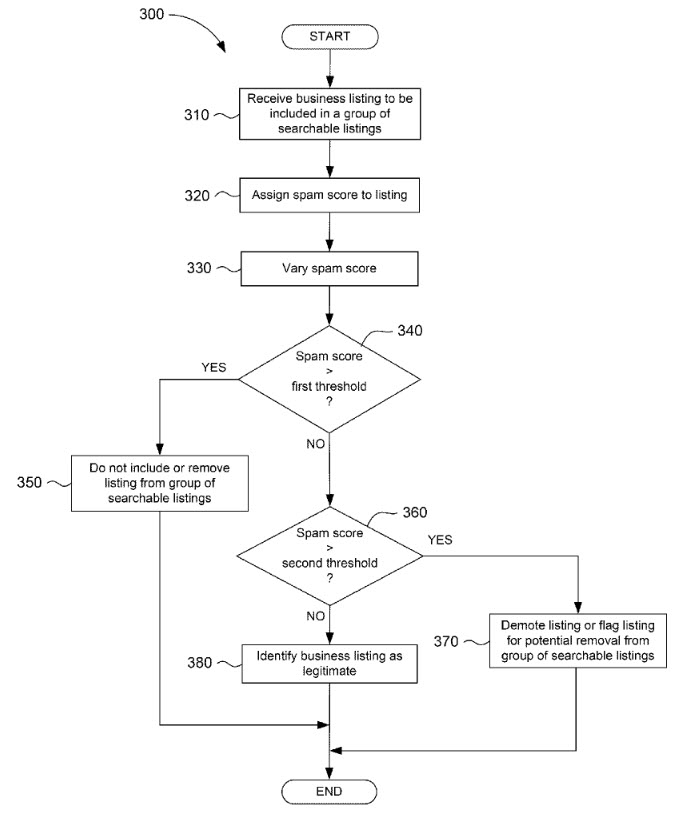 It’s difficult to say whether Google is using the webspam detection process described in this patent or not (or in the post about the patent I wrote about 4 years ago.)

20 thoughts on “How Google May Respond to Fake Business Spam”