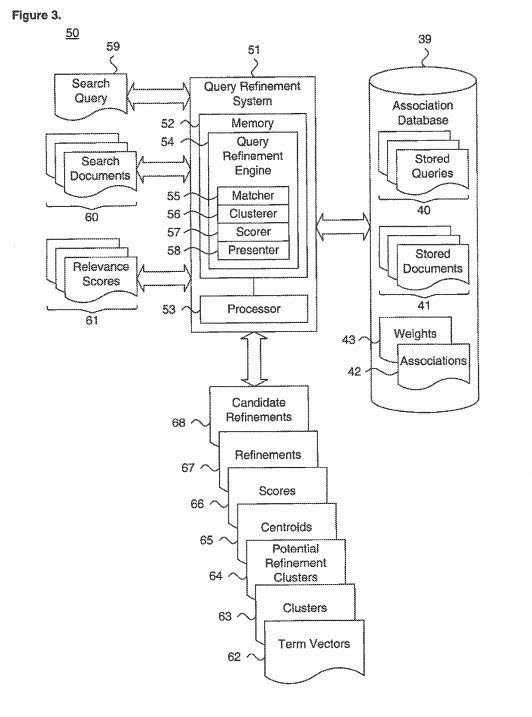 Query Refinements have changed since the earlier days of Google

In 2006, I wrote a post A Look at Google Midpage Query Refinements (Go ahead and read it; this post will make more sense if you visit the past and bring it in). The patent I wrote then was granted again as a continuation patent, with new claims, reflecting a change in the process involving how Google is using it. The new version of the patent is now at:

You May Recognize The inventors of this Query Refinements Process

You may recognize Paul Haahr, from his presentation last year at SMX West on How Google Works, in which he gave some fascinating insights into how the search engine operates. His co-inventor, Stephen Baker wrote a Google Blog post about Google synonyms titled Helping computers understand language

The ideal way of making sense of how Google may have changed around the way that they are making search query refinements is to compare the claims sections of the older version of the patent (filed on September 22, 2003, and granted on March 10, 2005) and the newer version (granted this past Tuesday).

What is new are Rank Scores

I noticed that the new version talks about rank scores for terms that clusters are built around and how those rank scores might be used:

5. The method of claim 2, comprising: obtaining, for each cluster, a rank score based on (i) the relevance scores of the search results that reference resources that match the resources of the cluster, and (ii) a quantity of the resources of the cluster; and selecting, as refinement clusters, a top n cluster with the highest rank score, wherein n is a positive integer, wherein each representative search query is selected from one of the refinement clusters, and wherein selecting a subset of the search queries further comprises selecting one or more search queries from the representative search queries of the m clusters with the highest rank score, wherein m is a positive integer.

Counting up the number of resources of different clusters that might be determined to be relevant to a refinement reminds me of Google’s patent on Context Vectors, which counts the number of times a certain meaning of a word is found in a knowledge base as a way of giving weight to different meanings of words. This new patent’s rank score similarly gives weights to how often different refinements show up in search results.