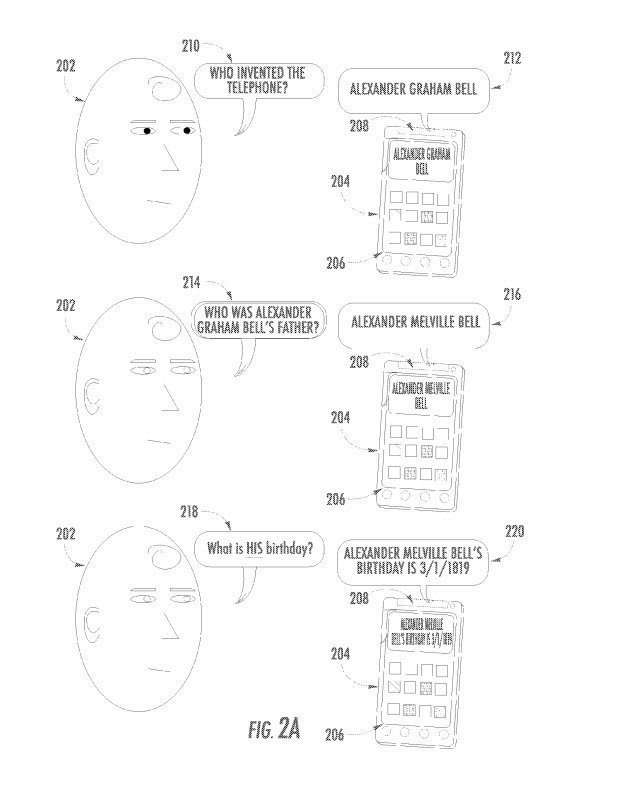 The future of searches on the Web will likely involve spoken searches, as more and more people are connecting to the web with phones, and Google has added voice search interfaces to its search on desktop computers.

I thought it was interesting when I ran across a patent that focused on a problem that might arise with those spoken queries and thought it was worth writing about because it’s something that we will need to become acquainted with as it becomes more commonplace.

When Amit Singhal showed off Google’s Hummingbird update, he gave a presentation that showed Google handling searches involving pronouns. It’s worth watching for the information about Hummingbird and how Google is becoming more conversational and can handle things like stressed pronouns. The video is at:

I remembered the presentation about hummingbird and a more conversational Google when I saw this spoken queries patent come out from Google, which explains some of the technology behind aspects of conversational search:

Methods, systems, and apparatus, including computer programs encoded on computer storage media, resolve ambiguity in received voice queries. An original voice query is received following one or earlier voice queries, wherein the original voice query includes a pronoun or phrase. A plurality of acoustic parameters is identified for one or more words in the original voice query in one implementation. A concept represented by the pronoun is identified based on the plurality of acoustic parameters, wherein the concept is associated with a particular query of one or earlier queries. The concept is associated with the pronoun. Alternatively, a concept may be associated with a phrase using the query’s grammatical analysis to relate the phrase to a concept derived from a prior query.

I did write about some papers that Google researchers had written about pronouns in the post Searching with Pronouns: What are they? Coreferences in Followup Queries

But, the granted patent from this week had an example worth sharing about an aspect of conversational search that wasn’t covered in one of those papers involving stressed pronouns. Here is an example: 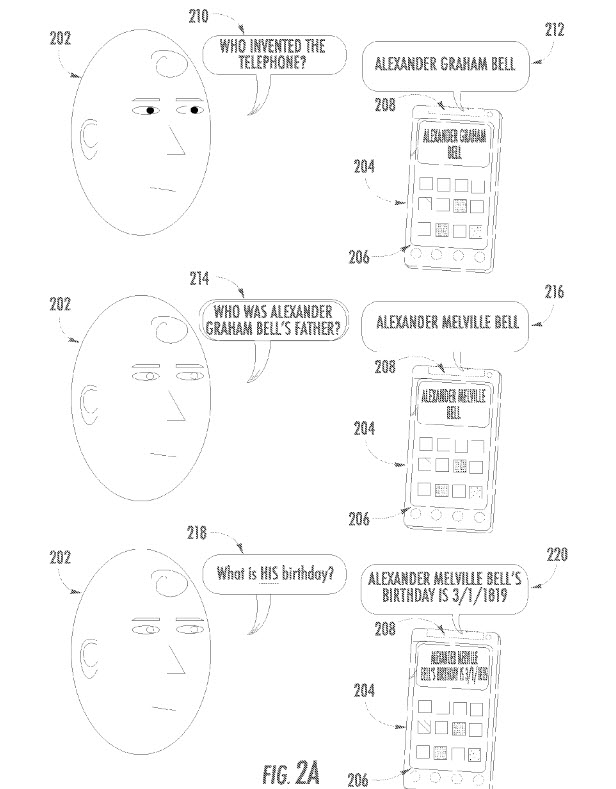 The point behind this spoken queries patent is that the search engine decided that it should tell the searcher the birthdate of the inventor’s father. This was done based upon the fact that the “HIS” in that second query was stressed to indicate that it was about the father and not the son mentioned in that first query.

The impact of a stressed query? The spoken queries patent says, “For example, if a pronoun is stressed, it may indicate that it refers to a concept from an immediately preceding query, while a pronoun that is not stressed may refer to a concept from a query that occurred earlier in a series of received queries.” It’s an interesting assumption that does sound like it uses how people actually convey information during inquiries when they are having conversations. The patent does tell us about some of the science behind this determination about stressed pronouns:

The spoken queries patent provides some other examples of how stresses might be understood, including how grammatical differences may play a role.

Interestingly, these types of things may influence spoken queries. For example, if you’ve been wondering about how Google might understand pronouns, now you have an idea of how it could understand stressed pronouns.