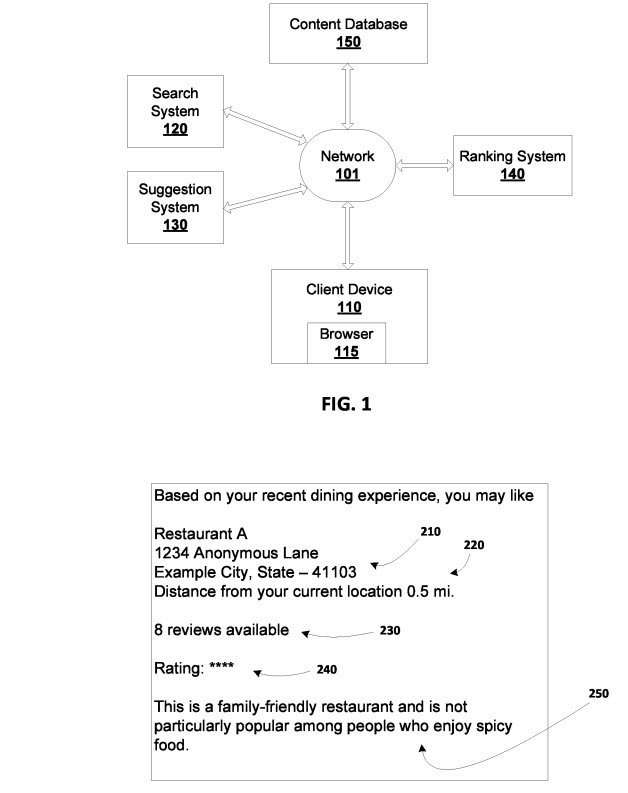 Google was granted a local SEO patent this week to enable them to check whether people are following recommendations in search results to visit geographic locations – to see how many people visited those places. And it’s probably good for many businesses to have Google recommending that people visit them.

For example, people living near a certain restaurant may be recommended as a place they might like to go; and the patent determines whether people may follow those suggestions.

The patent provides a summary of the steps that it takes in ranking recommendations based upon whether people visit the places being suggested:

This approach may look at particular activities that determine whether or not such a system might use. They can include things such as:

Cellular Tower Signals and Wi-Fi Signals are available in an area that can be used to check upon visits to those geographic locations.

For such ranking suggestions to be demoted, the patent says that a certain threshold number of people who received recommendations for a specific location must have failed to visit that location.

Those visits may be required to meet a duration time to geographic locations, and impacts on rankings may be based further upon visit duration times.

The patent in question is this one:

I haven’t seen many recommendations of places or events to go to, but the patent offers some suggestions for a wide range of types of activities that might be suggested that sound interesting:

I did write a post about a Google patent this past summer that offered Future Directions for Google Maps that told us about business recommendations showing up in search results that fit with this patent as something that Google could begin to offer. I also just wrote about a Social Where Next patent that provides suggestions of places to go for members of social groups. I could see Google checking to see if people from those groups followed those recommendations.

This patent also tells us that it might personalized recommendations and tailor them to a searcher’s interests:

The patent tells us that it may also offer recommendations that may provide more opportunities and suggestions involving specific locations, such as suggesting visiting an art exhibition before dinner at a specific location, tying in a particular interest with a locational search result (for something like a query for “restaurant A.”)

The patent also tells us that it might offer recommendations based upon the physical location of a user:

We know that Google is paying more attention to where people go and how long they spend at those places, as I wrote about in Google Tracking How Busy Places are by Looking at Location Histories

Suggestions offered under the process described in this patent may not be offered until a certain threshold of people has visited particular geographic locations as indicated in many possible different ways:

The patent tells us that it might offer more data to increase a “confidence level” that a person might travel to a place recommended, such as whether they visit a social network listing for a place or whether or not a search might have searched for the place, or read reviews for it, or in the instance of a restaurant, have read or viewed the menu for the restaurant after a suggestion to visit the restaurant.

The patent talks about different groups of users that might be given geographic location recommendations.

Certain groups tell us that a place is “popular with users with children” or “not a family-friendly restaurant.” Interestingly, the questions that Google asks people in their local guides program seem to address identifying such groups. But the patent tells us:

The patent isn’t telling us much at this point about why certain geographic locations might be recommended. However, once we start seeing more geographic recommendations from Google, we may be able to identify what types of things might be influencing those suggestions. For instance, there isn’t mention of the use of Schema in the patent. Still, we know that Schema can influence whether or not events at certain places are noted in search results, so using those could potentially be a positive thing to implement for a business’s website.