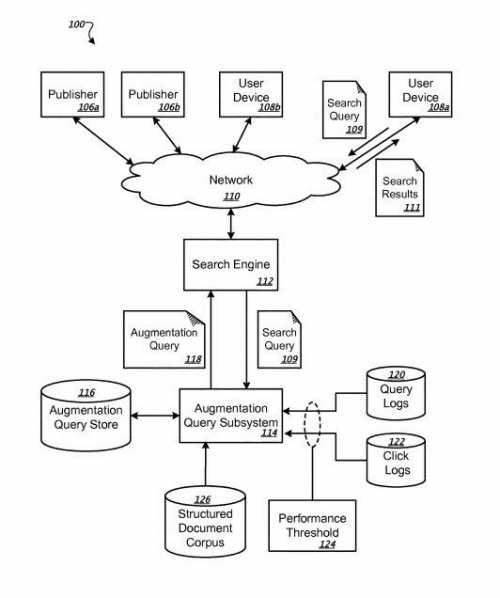 This past March, Google was granted a patent that involves giving quality scores to queries (the quote below is from that patent). The patent refers to high-scoring queries as augmentation queries. Interesting to see that searcher selection is one way that might be used to determine the quality scores for queries.

This doesn’t mean that Google uses clicks to determine rankings directly, But it is deciding which augmentation queries might be worth using to provide SERPs that people may be satisfied with.

I’ve seen white papers from Google before mentioning synthetic queries, which are performed by the search engine instead of human searchers. So it makes sense for Google to be exploring query spaces in a manner like this, see what results are like, and use information such as structured data as a source of those synthetic queries. I’ve written about synthetic queries before at least a couple of times, and in the post Does Google Search Google? How Google May Create and Use Synthetic Queries.

It is an interesting patent in that it talks about things such as long clicks and short clicks, and ranking web pages based on such things. In addition, the patent refers to such things as “implicit Signals of query quality.” More about that in the patent here:

These example implicit signals can be aggregated for each query, such as collecting statistics for multiple instances of using the query in search operations and can further compute an overall performance score. For example, a query with a high CTR, many long clicks, and few click-through reversions would likely have a high-performance score; conversely, a query with a low CTR, few long clicks, and many click-through reversions would likely have a low-performance score. 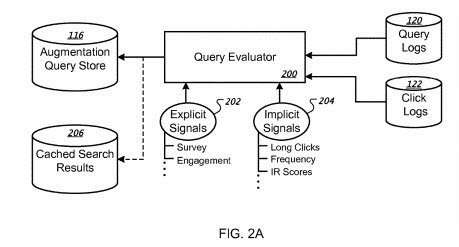 The reasons for the process behind the patent are explained in the description section of the patent, where we are told:

Often, users provide queries that cause a search engine to return results that are not of interest to the users or do not fully satisfy the users’ need for information. Search engines may provide such results for several reasons, such as the query including terms having term weights that do not reflect the users’ interest (e.g., in the case when a word in a query that is deemed most important by the users is attributed less weight by the search engine than other words in the query); the queries being a poor expression of the information needed; or the queries including misspelled words or unconventional terminology.

These were several references cited by the patent applicants, which looked interesting, so I looked them up to see if I could find them to read and share here.

This is a continuation patent, which means that it was granted before, with the same description, and it now has new claims. When that happens, it can be worth looking at the old claims and the new claims to see how they have changed. I like that the new version seems to focus more strongly on structured data. It tells us that it might use structured data in sites that appear for queries as synthetic queries, and if those meet the performance threshold, they may be added to the search results that appear for the original queries. The claims seem to focus a little more on structured data as synthetic queries, but it doesn’t change the claims much. They haven’t changed enough to publish them side by side and compare them.

Google spokespeople told us that Structured Data doesn’t impact rankings directly, but what they have been saying does seem to have changed somewhat recently. For example, in the Search Engine Roundtable post, Google: Structured Data Doesn’t Give You A Ranking Boost But Can Help Rankings we are told that just having structured data on a site doesn’t automatically boost the rankings of a page, but if the structured data for a page are used as a synthetic query, and they meet the performance threshold as augmentation queries (achieving certain quality scores) they might be shown in rankings, thus helping in rankings (as this patent tells us.)

Note that this isn’t new, and the continuation patent’s claims don’t appear to have changed that much so that structured data is still being used as synthetic queries and is checked to see if they work as augmented queries. Nevertheless, this does seem to be an excellent reason to make sure you are using the appropriate structured data for your pages.